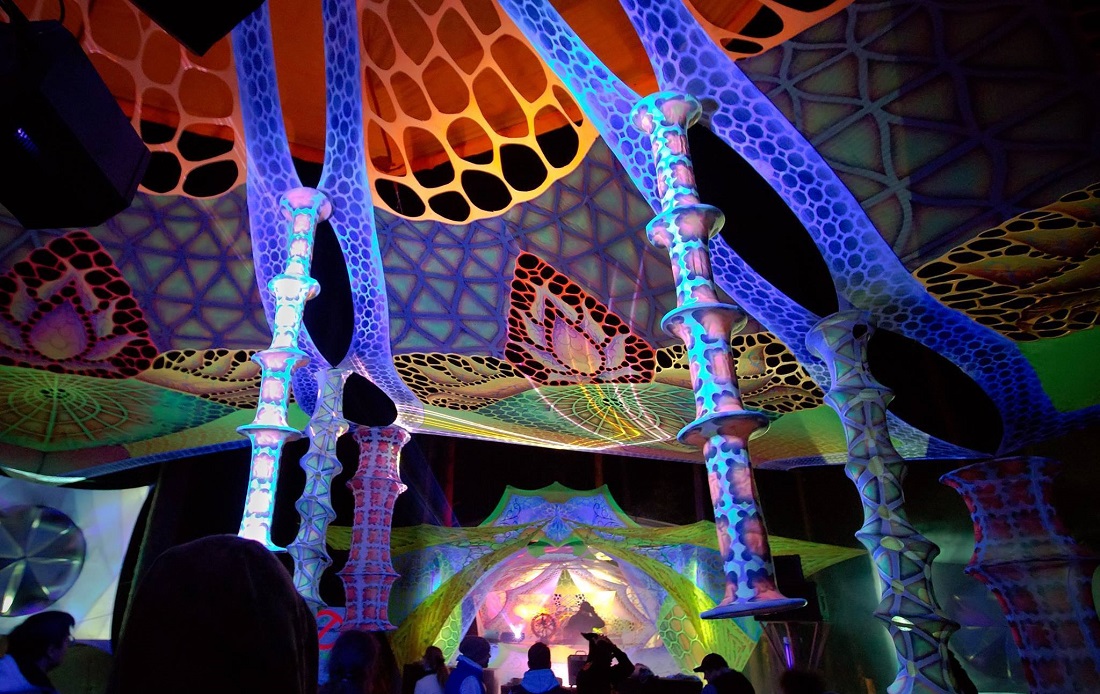 Science and art festival, Burning Man party and a wonderful exhibition, celebrating the anniversary of the most famous Russian Art Academy – We heart Moscow presents interesting events for a good weekend.

FutureEverything presents a three-month UK-Russian digital culture exchange program. The first stage of the exchange will take place in Moscow from November 20 to 23 at different venues. It presents live performances by leading artists and musicians from Russia and the UK, an exhibition of innovative ideas spanning art and science, and workshops exploring participatory technologies and creative communities.

This program displays new forms of art and technologies, and looks at the changing face of today’s globally interconnected digital world. FutureEverything Moscow is looking for a connection between art and the creative industries, places and communities.

Quantum Entanglement exhibition by LABORATORIA (Moscow) and FutureEverything (Manchester) will present art & science within the festival. You will see new views, discoveries, undetermined consequences, poetical metaphors and multifaceted of perceptions which quantum physics suggest, becoming a source of deep inspiration for the artists.

Visitors will be able to see performances by some of the most influential and cutting edge electronic artists working in the UK and Russia today. Over three days, there will be presented brand new shoes by Evian Christ and Koreless, as well as Lee Gamble, Mark Fell, Powell, and showcase of British label Hyperdub, where Kode9, Ikonika и Scratcha DVA will perform.

At the heart of the festival are 10 basic principles: «Radical Inclusion», «Gifting», «Decommodification», «Radical Self Reliance», «Radical Self Expression», «Communal Effort» , «Civic Responsibility», «Leave No Trace», «Participation» and «Immediacy».

All the participants of Decompression are actively involved in the process by bringing something from themselves, starting with creating a unique image. The crew of the Costume Camp Russia (Nowhere festival -European version of Burning Man) is preparing for you with Playa Fashion style costumes, which will help every one to get creative with your costumes in true Burning Man style!

Decompression will be held in Trekhgornaya Manufactory (Rodchelskaya St, 15) that is gradually becoming one of the trendiest places in Moscow. The program includes performances, interesting audiovisual programs and dancing to the music of Burning Man residents (e.g. White Ocean and Benjamin Alexander) and the Muscovite DJs (such as Omma and Abelle).

On November 21, the Institute of Russian Realist Art celebrates the 190th anniversary of the Stroganov Academy with the opening of its latest exhibition, «Drawing Lessons». The museum will display more than 120 works by the Academy’s teachers and students, including Mikhail Vrubel, Fedor Shekhtel, Sergey Gerasimov, Fedor Fedorovsky, Vladimir Egorov, Mikhail Vasilyev and others.

The Academy was founded in 1825 by Count Sergey Grigoryevich Stroganov and was originally called the «School of drawing in relation to the arts and crafts». Today, after nearly two hundred years, the famous Stroganovka remains one of the world’s most renowned colleges of art. Its walls have seen the development of a galaxy of talented artists who went on to shape the history of Russian fine art and decorative arts. The traditions they established are maintained by the Academy’s work in the present day.

The retrospective exhibition features works from the mid-19th century to the present day and introduces the talents of the great masters, famous alumni and current students of the Academy. The display includes fine art canvases, examples of decorative and applied graphics and paintings, sculpture, furniture, ceramics and metal, fabric swatches and wallpaper. Ten themed rooms tell the story of the Stroganov Academy.

The exhibition shows exhibits from collections of the Institute of Russian Realist Art, the Stroganov Academy, Bakhrushin Theatre Museum, the Museum of Cinema, the State Museum of Vladimir Mayakovsky and private collections. A dedicated program of lectures and master-classes runs parallel to the exhibition, led by experts from the Institute of Russian Realist Art and the Stroganov Academy.

The «Drawing lessons» will runs at the Institute of Russian Realist Art on Derbenevskaya Street 17 build. 31 until March 22, 2015.