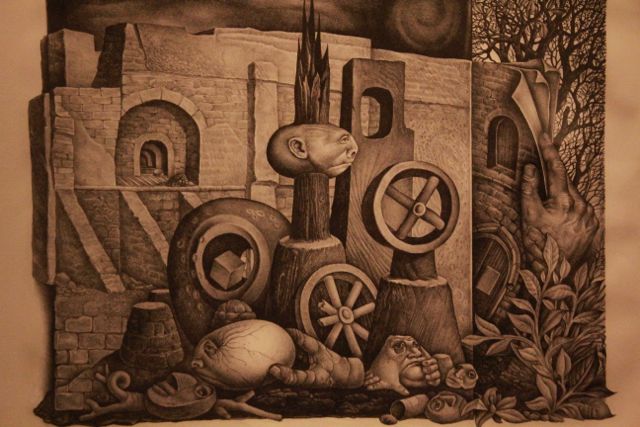 Group exhibition of works by Austrian painters (with Yuri Albert and Anna Ermolayeva) from the collection of the Benedictine monastery of Admont. They were created first for perception of blind people. Rare event for Moscow, where the artistic idea has under itself clear social and ethical component. The exhibition includes not only the obvious objects that can be touched or read with Braille, but also those that can be heard or smelled.

Igor Shelkovskiy. “The Persistence of Change”

Without Igor Shelkovsky history of modern Russian art would be very different: in the 1979-1985 years, he and Alexander Sidorov was publisher and editor of the magazine “A – Z» published in Paris that was first magazine submitting to a western audience Russian unofficial art and literature of those time. Besides, Shelkovskiy – one of the most interesting modern national sculptors.

The main hit of winter – an exhibition of lithographs, woodcuts and linocuts of Maurits Cornelis Escher, perhaps, the most popular schedule XX century. Birds turning into fishes (or vice versa), a hand drawing a hand, painted in details but impossible in our world spaces and figures – everyone knows at least one of his work, which now are integral part of modern visual culture.