The end of winter in Moscow is rich in exhibitions. One of the main cultural events is the XI International Photobiennale has started this February. Over the next seven months, exhibitions and events within the Biennale will take place at various locations throughout the city. Some of the most exciting exhibitions will be on display at the Moscow’s Multimedia Art Museum (MMAM), which opened the event with this year’s Pirelli calendar shot by a contemporary legend of photography Annie Leibowitz.

Central Manege, Shchusev State Museum of Architecture, Moscow Museum of Modern Art, The Jewish Museum and Tolerance Center and The Tretyakov Gallery are also among the Photobiennale’s venues.

We will tell you about the most interesting exhibitions within the Biennale, as well as some other remarkable cultural events held in Moscow at the end of this February. 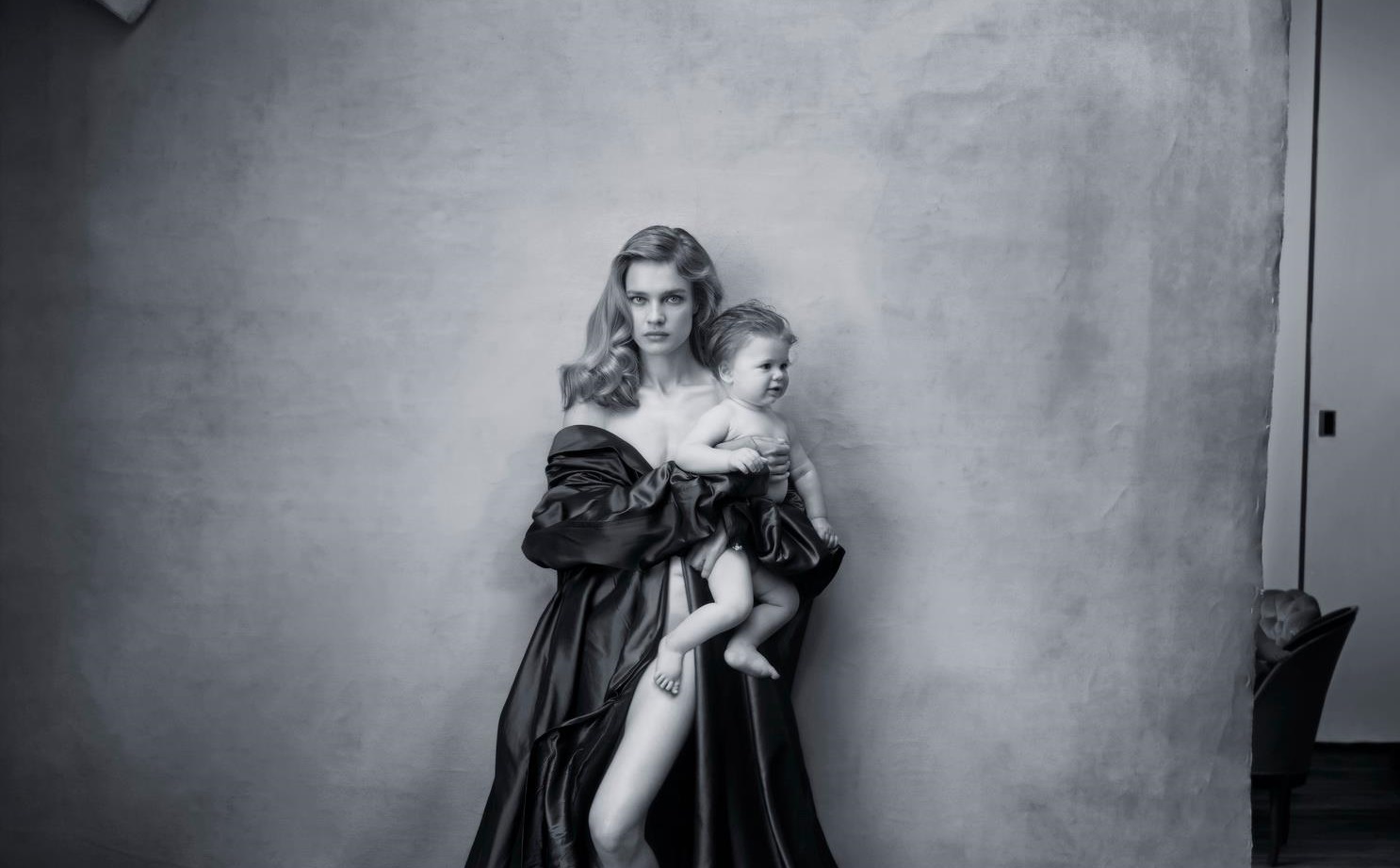 Since launching in 1964, the famous Pirelli calendar has been known to feature the world’s top models, mostly nude, captured by renowned photographers. The 43rd edition entirely differs from the paradigm of the previous years, presenting portraits of accomplished writers, filmmakers, artists, and philanthropists instead. The focus was on “Women Changing the World.”

Shot by world-renowned photographer Annie Leibovitz, the calendar features women such as Serena Williams, Yoko Ono, Natalia Vodianova and Patti Smith. The calendar is a celebration of women’s achievements in their respective fields and of the various roles they play in contemporary society. Alongside the photographs in the exhibition, Pirelli has also produced a video that features recorded interviews of the women.

While launched by an Italian company that mainly manufactures tires, Pirelli’s calendar is now a novelty within the fashion industry. It’s become a collector’s item, with people buying editions at auctions. Part of the allure lies in its exclusivity–the calendar is not available for purchase to the public and is given only to top clients and VIPs. 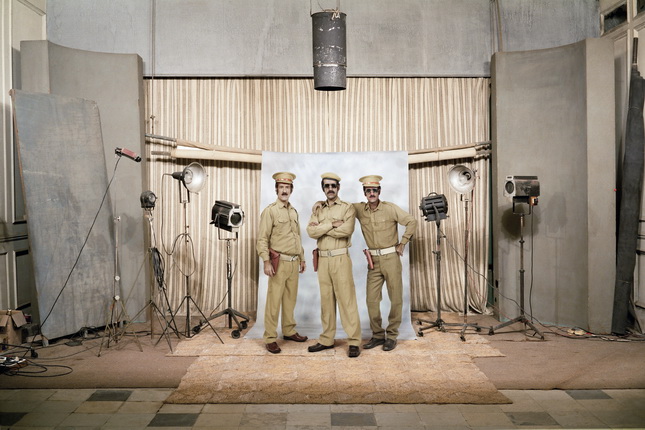 French artist Olivier Culmann’s project The Others reveals the mechanisms we use to form the identity. His exploration focused on the social codes of India, but the project has implications unrestricted by geography or nationality.

A person’s appearance — their clothes and hairstyle — conveys valuable information about religion, social class, occupation and place of origin. By examining dress code and other ‘expressive’ attributes of external appearance, Culmann created a series of self-portraits, transforming into the diverse ‘types’ of Indian society. These self-portraits served as a starting point for the project.

Any one of Culmann’s portraits is similar to a short story. The artist refrains from offering a connective, ready narrative. He merely provides us with allusions and hints, so the viewer must himself reconstruct the life of the character portrayed. Different elements of these images serve only as clues for our interpretation, drawing us closer to others and making us unravel the tangle of hypotheses presented by this artist. 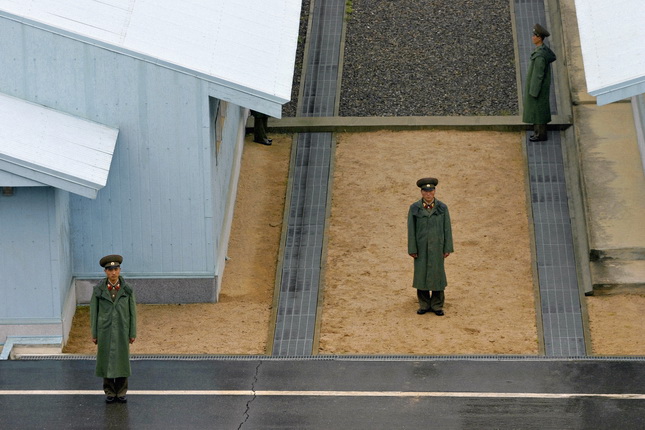 The Russian Union of Art Photographers and Multimedia Art Museum, Moscow present the project Evolution of Sight. 1991—2016. Over the last quarter century, the Russian Union of Art Photographers has produced and accumulated diverse approaches to documentary and art photography. This strong activity continues today, uniting three generations of Russian photographers. The different schools, varied creative techniques, and experiments presented in one comprehensive exhibition provide the opportunity to see how photography itself, its language, form, and style, have changed with the passing years.

The Evolution of Sight. 1991—2016 joins renowned masters of photography and young, talented artists. Of course one exhibition cannot cover the creative output of all members belonging to the Union of Art Photographers, but their work enables the history of Russian photography and the photo chronicles of Russian history to continue. 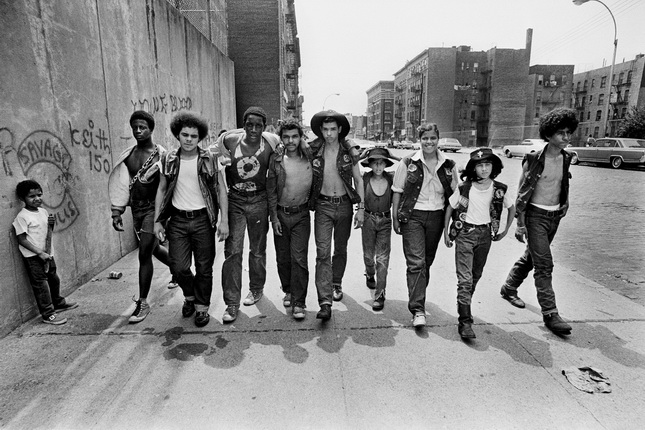 Jean-Pierre Laffont has always been a free spirit and a gifted, singular photographer, loyal to his insatiable curiosity and uninterested in assignments. He sought to tell the stories of his era with a tender and compassionate gaze. Upon arrival in the United States in 1965, he quickly became a privileged witness to a nation embroiled in controversy and for three decades photographed its political, social and cultural mutations, observed the fate of its leaders and documented the tragic divisions of its civilization. This Turbulent America is above all his: brimming with spontaneity and humanity. In the vast canvas he paints for us, we find an abundance of the events that left their marks from the 60s to the 90s. We see the heroes and heroines; the captivating parade of social outcasts and fanatics, and the daily life of people who live by the rhythm of their country’s failures and its moments of euphoria, harsh as well as liberating. Today, his photographic odysseys, filled with iconic images, bring history back to vibrant life in the form of a personal archive of events, which helped chisel the multiple facets of his adopted homeland. 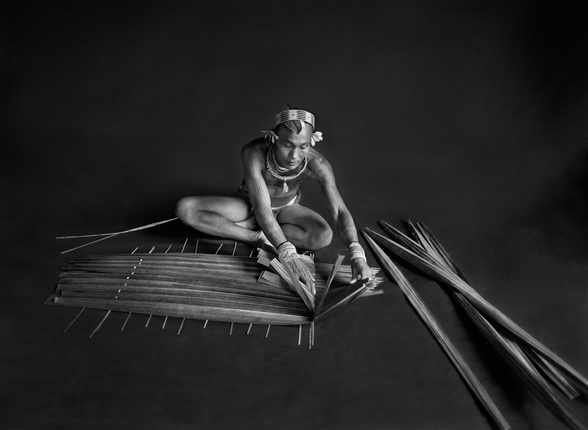 Genesis is a photographic journey into the planet — an expedition to rediscover the mountains, deserts, and oceans, the animals and peoples that have so far escaped the imprint of modern society. The land and life of a still-pristine planet.

Genesis is Sebastião Salgado’s third long-term exploration of global issues, following Workers and Migrations, his examinations of the human toll wrought by radical economic and social change. This time, he is addressing our natural environment in offering a love poem in images to the majesty and fragility of our planet.

Working as always in black-and-white, Salgado has built his dossier during more than 30 different trips to distant corners of the globe. Each sortie from his base in Paris took several weeks and involved light aircraft, helicopters, seagoing vessels and canoes as well as long hikes through harsh terrain in extremes of heat and cold. Having begun these voyages in 2004, Salgado has completed Genesis at the end of 2011.

THE ART OF INTERACTIVE 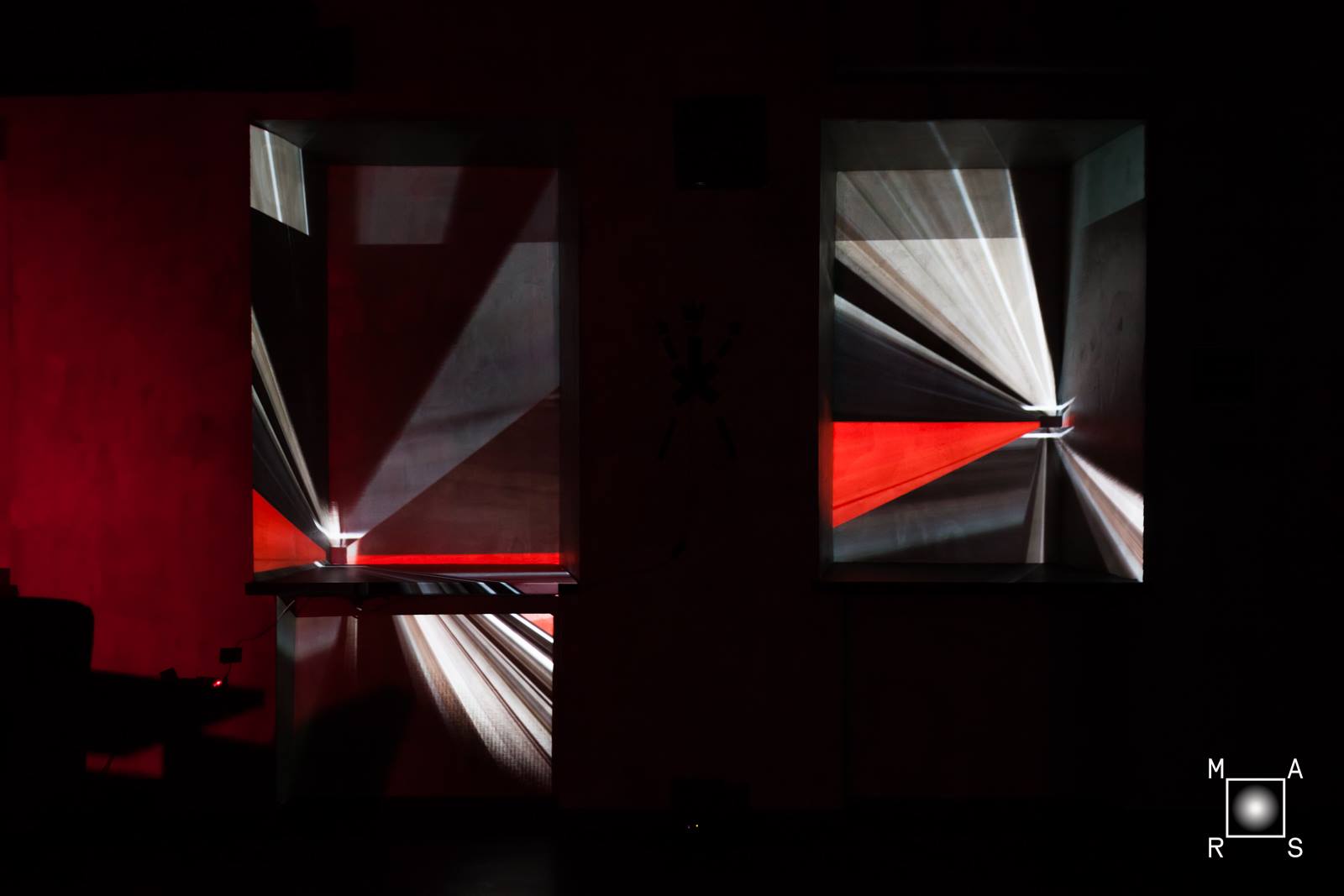 MARS Center today – is a unique, audio-visual exhibition space in the city center with its laboratory of media art, as well as a network of branches across the country. The exhibition, The Art of Interactive, is a new audiovisual experience representing seven interactive installations created especially for the exhibition. Best Russian media artists: TUNDRA, ::vtol::, kbln, Pixelord, Ivan Rastr, Kuflex, Kalnberzin & Afonin (Curiosity Media Lab), noobusdeer have taken part in this project. MARS Center has changed beyond recognition inside and filled with large-scale, immersive installations! Each visitor to the exhibition will be able to influence the work of art – rotate the dome fractals, draw fantasy words with a wave of the hand, make music with gestures, plunge into the infinite space of 3D-video. Try to feel yourself as an artist, creating this exhibition with us! Forget the usual boundaries and enjoy the creativity – art will respond to you in return. 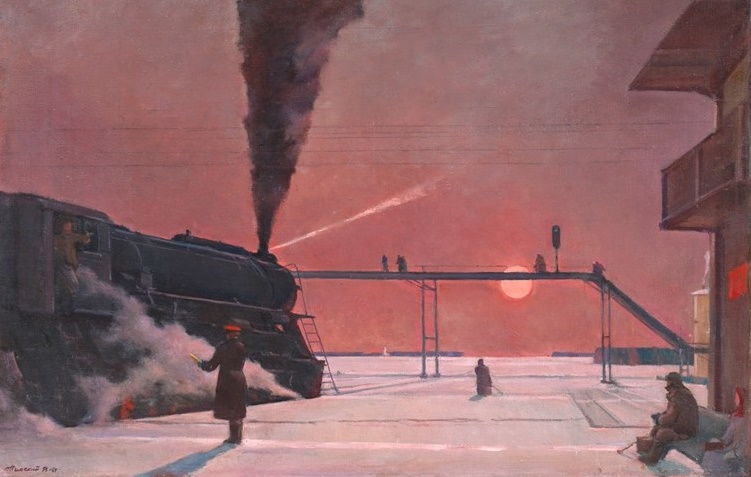 The Institute of Russian Realist Art presents the Russia on the Road exhibition, exploring a time when science fiction became fact and new technologies led to the growth of a new mythology, new obsessions and fears, a new way of life and new artistic images. Just 150 years ago the idea of a developed road and rail network spanning the whole country would have seemed like a utopian dream. But today most people in the developed world would find life unimaginable without trains, planes, cars and urban transit systems. The world without vehicles would be a modern dystopia. The arts continuously responded to these changing feelings, producing a string of artifacts that feel like confessions. These vary considerably regarding both form and mood. Some were powerfully ideological, saluting the driving force of change; others were lyrical, romantic and far from any obligation to propagandize. In all cases, though, the masters of road, rail and air were charmed by their new means of transportation.

The exhibition will feature about 60 paintings and graphic works of the 20th century as well as works by contemporary artists contributed by several major Russian museums. 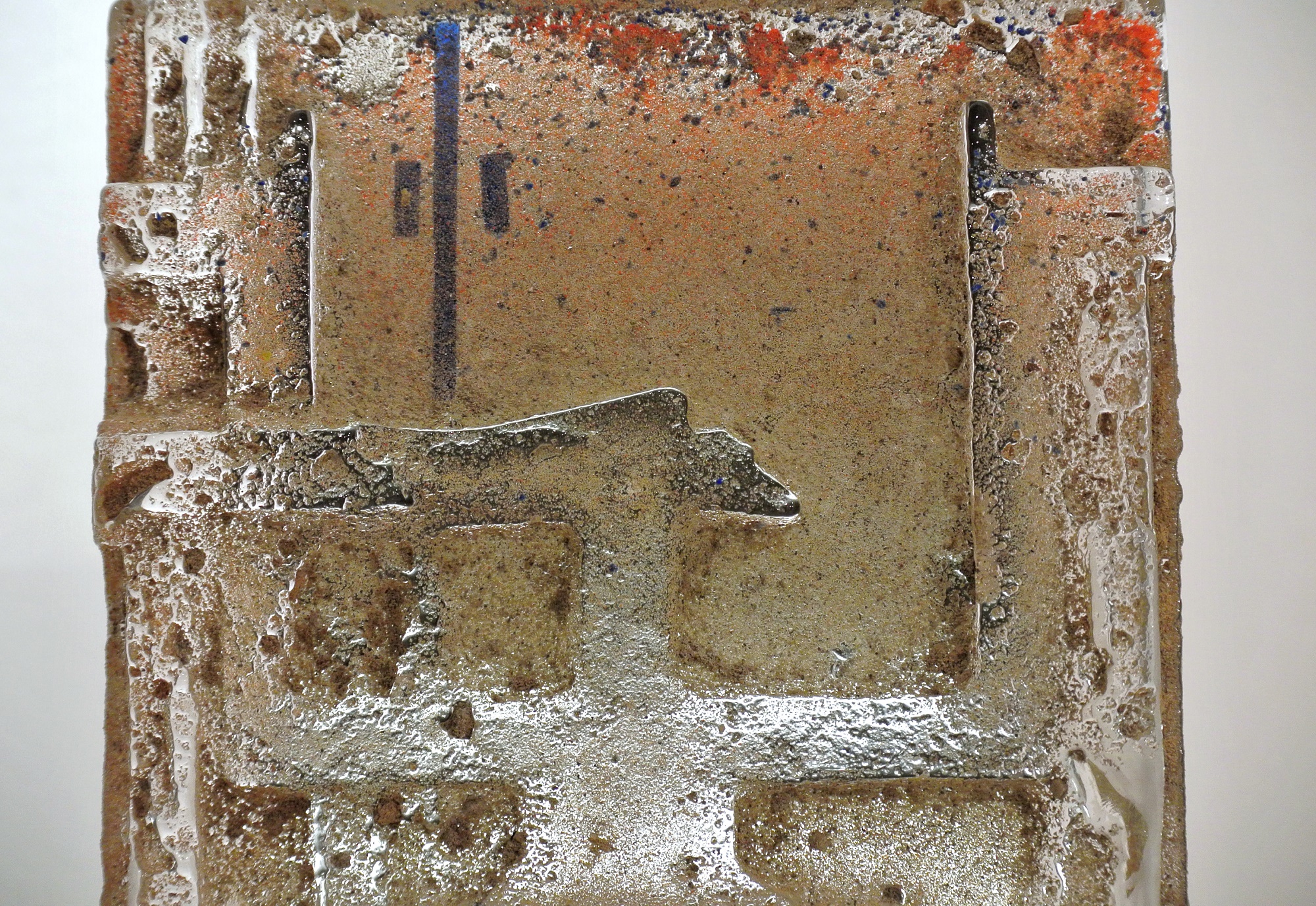 25Kadr Gallery presents a solo exhibition of the artist Alena Kalyanova Mea Spatium. The exposition will include glass art objects and graphics from a several series.

Each piece is hand-made, unique, executed in a single copy. The glass compositions are created using sophisticated techniques: glass-blowing with interlayer painting, fusing and blending with multistage firing, casting hot glass into wet sand, etc. A part of these pieces has been made during the internship in the USA, at Pilchuck Glass School (Seattle), in collaboration with experienced glass blowers.

Alyona puts philosophical subtext into each piece, appealing to eternal, profound questions: ‘Who are we? What is the essence of human? What language does nature speak to us?’

We see the images of an ‘antenna-man’, who catches signals from the surrounding space; female figures of stardust; mysterious messengers from another civilization; as well as more abstract forms that transfer movement, caught and frozen in a moment. These images have an aloof, enclosed, but intriguing character. They are shrouded in mystery, seem to keep some secret that needs to be unraveled.

Within the exhibition Mea Spatium, the artist invites you to make a little journey to her Universe, and probably solve the rebuses in your way.