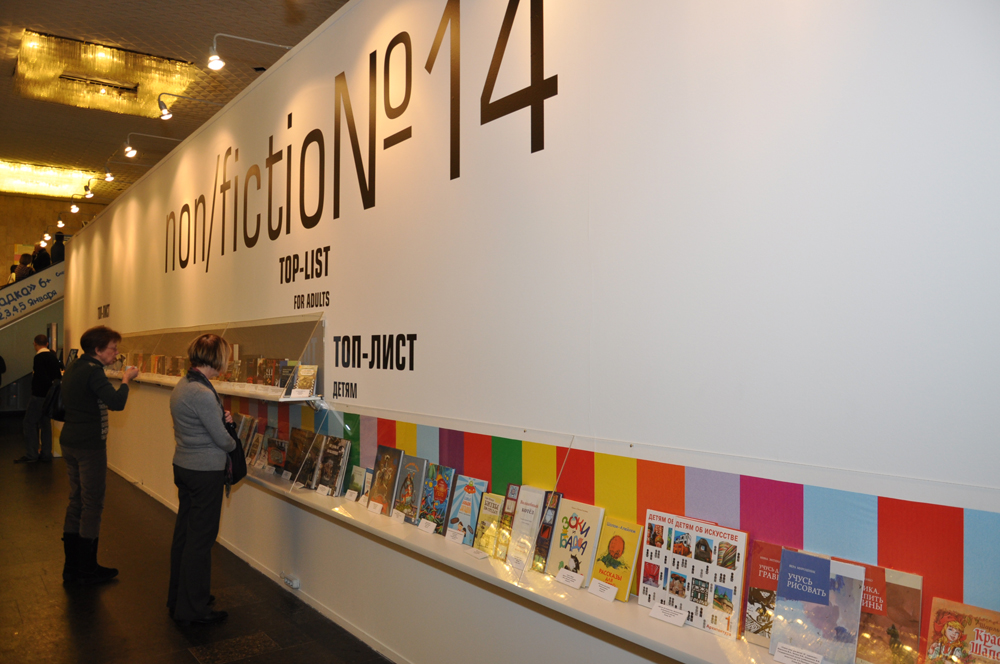 The Central House of Artists in Moscow opened the Non/fiction Intellectual Literature Fair. The 2013 fair is being prepared for the fifteenth time. Event will be open until December 1. In this year special guest of the fair became the Netherlands, and honorable – Switzerland. In this year presented 250 publishers and booksellers from 15 countries.

At the fair, there are seven grounds, which will host more than 300 cultural events. As in previous years, meetings with writers and publicists are expected.  This year Dmitry Bykov, Alexander Genis, Eduard Limonov, Ulitskaya and others will answer for readers’ questions.

Traditionally, during the Non-fiction will take place awarding in sphere of literature and publishing. In particular, it will announce the finalists and prizewinners of awards named Andrei Bely, “Man of the book,” Maurice Vaksmahera and Anatole Leroy-Beaulieu and others.