Maslenitsa (Shrovetide), is one of the most pleasant holidays in Russia. It is a time to say ‘goodbye’ to winter and meet spring. The holiday came to us from pagan times. Presently, it unites Old Slavic traditions and western carnival celebrations. The Orthodox Church dates Maslenitsa to the Lent – the festive events take place in a week before its beginning and in seven weeks before Easter.

The name of the holiday, Maslenitsa (derived from maslo, which means ‘butter’ in Russian) came from the tradition of baking pancakes (blini). Hot, round, and golden, pancakes look like little suns, helping to warm up the frozen earth. In old days, pancakes were cooked from buckwheat flour, lending them a red color, making the significance even more evident.

Besides, a circle has been considered a sacred figure in old Russia, protecting people from evil. Making pancakes, decorating a cartwheel and carrying it on a pole along the streets, dancing the khorovod (round dance) along with other ceremonies were believed to butter (which means to cajole in Russian) the Sun and make it kinder.

Nowadays Maslenita has turned into a fun celebration with different folk entertainments such as sledding, burning scarecrows, bonfire jumping, and eating pancakes. Practically every Moscow park prepares a special program for the holiday. This year, the main celebrations will be held on March 12 and 13.

We’ve chosen several places with the most exciting Maslenitsa celebrations for you to join Russian traditions and have some fun on the weekend!

THE GORKY PARK AND MUSEON 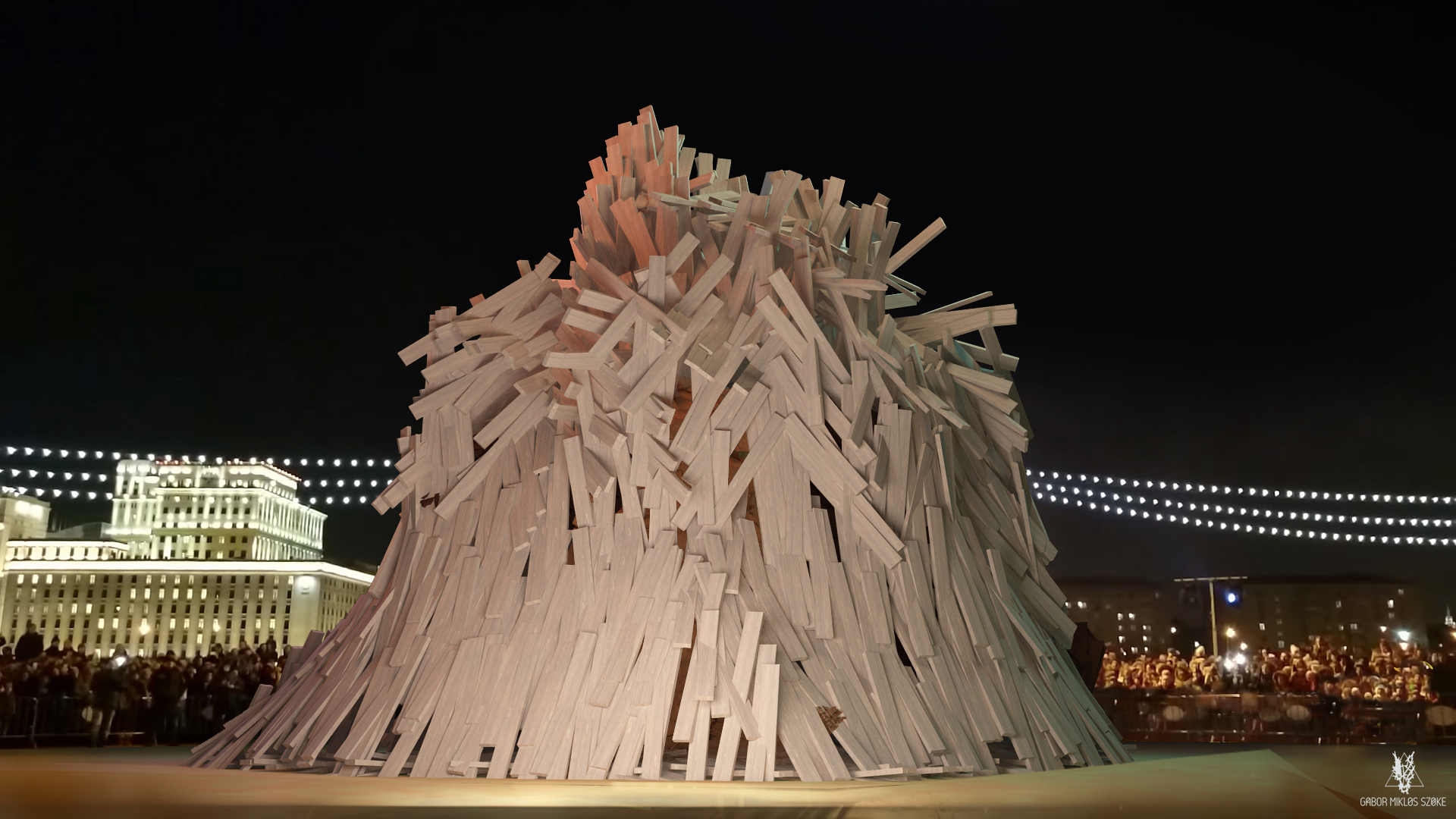 Reviving the Russian holiday traditions, the Gorky Park and the Muzeon Arts Park organizes big pancake fair. You be able to try traditional sweets, pancakes, and honey, buy souvenirs or to make them with your hands at the great shopping arcade spread out from Pushkinskaya to Krimskaya embankments.

The two-day music festival, pancakes for all tastes, folk performances, traditional games, and workshops will create a good mood for the park’s visitors. Painting wooden spoons, making bast dolls, climbing a pole and winning prizes, musicians performing on the main stage – all this is in the festive Maslenitsa program.

Bright-colored birdhouses will decorate columns of the main entrance to the Gorky Park and the entrance to the Muzeon, attracting spring birds, warm weather, and the sunshine. On March 13, the main holiday symbol, the Shrovetide effigy will be burned to wake up the spring.
Hungarian artist Gábor Miklós Szőke has created the symbol of spring for the festival in the Gorky Park. It looks like a brown bear, who gets out of his den. According to the artist, the Shrovetide effigy will consist of two parts. One of them – the den – will burn and disappear along with the winter, and the bear as a symbol of the awakening spring will live in the park. The dimensions of the art object are impressive: a five-meter den hides a 3.5-meter teddy bear sitting inside. The total weight of the sculpture is about 4 tons.

THE MUSEUM OF MOSCOW 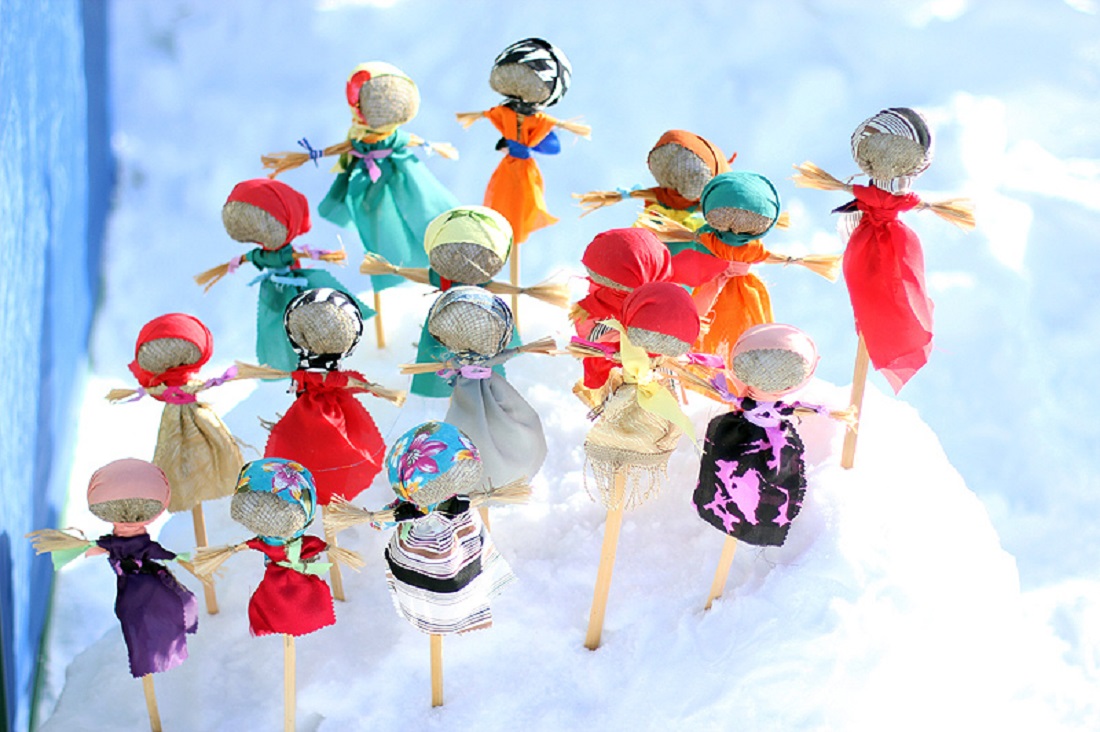 The Museum of Moscow will hold in its courtyard a fun Maslenitsa holiday. The program offers colorful street carnivals, games, fair, master classes, choruses and dances, musical improvisations and, of course, dancing.

With the help of the music and dance language, performers will tell you about the history of the Maslenitsa celebrations in Moscow. This is an excellent occasion to have fun and to spend time with friends and family, combining leisure with an interesting cultural program. Besides, the Children’s Center of the museum will hold festive workshops for children and adults. The program includes many different activities that will not let you get bored. 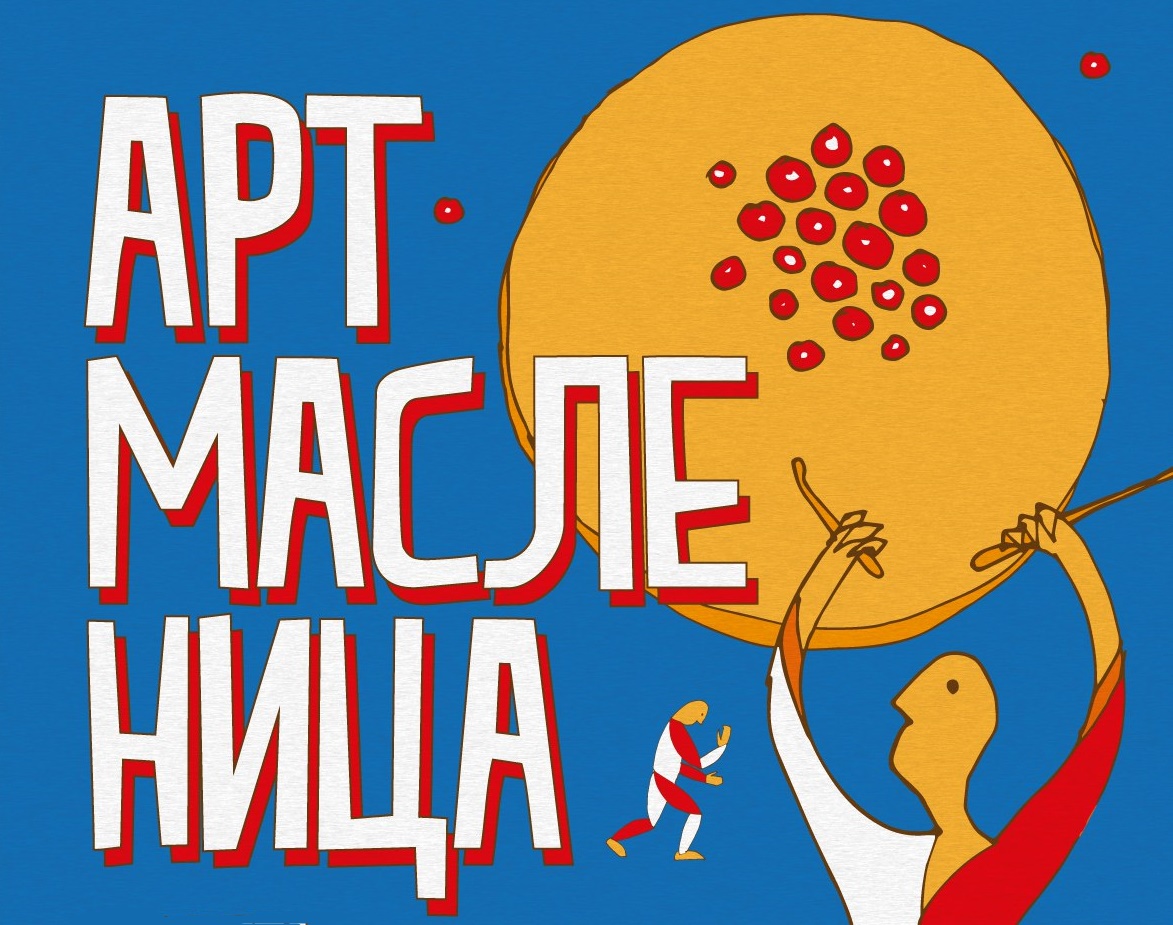 Krasnaya Presnya Park will host the Art Maslenitsa. The holiday will combine traditional Russian folklore and the style of the early twentieth-century avant-garde artists. At the heart of the festive program is the Suprematist carnival with its characteristic design elements: simple geometric shapes, clean lines, and bright colors.

Guests of the park will enjoy performances by musical bands, interactive games, creative workshops for the whole family, costume parade, a fire show and a flash mob Be a Part of a Masterpiece. During the flash mob, the participants will recreate one of the most famous paintings of Kazimir Malevich or Wassily Kandinsky. 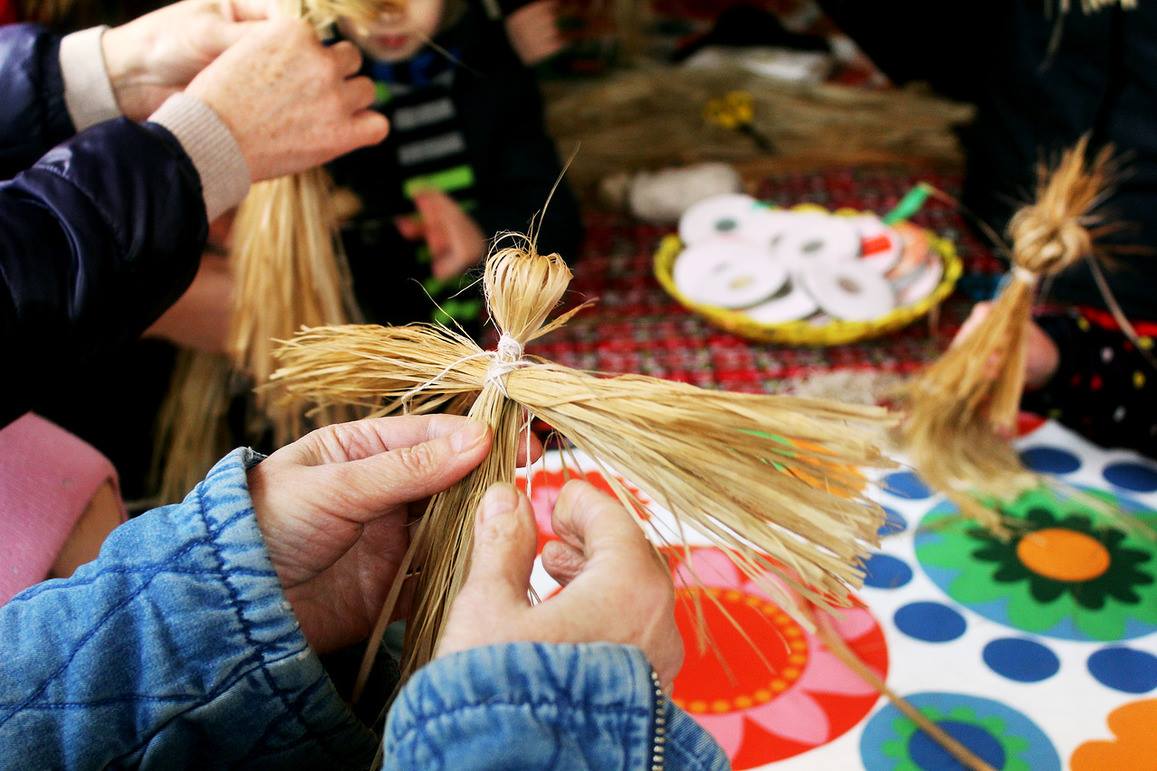 The Hermitage Garden will recreate the atmosphere of the ancient customs of Russia. Guests will be able to see the Russian scenery and folk costumes.

The park will house some fairytale zones. There will be Terem of Baba Yaga (terem is the upper part of a dwelling house or the house itself in Old Russia), where you will be able to weave charms, and make dolls from straw, bark and tissue. The Terem of Vasilisa the Beautiful will invite guests to learn weaving and spinning. There will also be a watch tower – the Bogatyr’s post. Here you will meet Russian warriors and cavalry, as well as get acquainted with the traditional Russian crafts. The celebration will bring together strolling musicians, jesters, clowns, peddlers with treats and fantastic characters. All the guests who came to the festival in traditional Russian costume will receive a professional photo shoot with fairy heroes.