The Victory Day on May 9 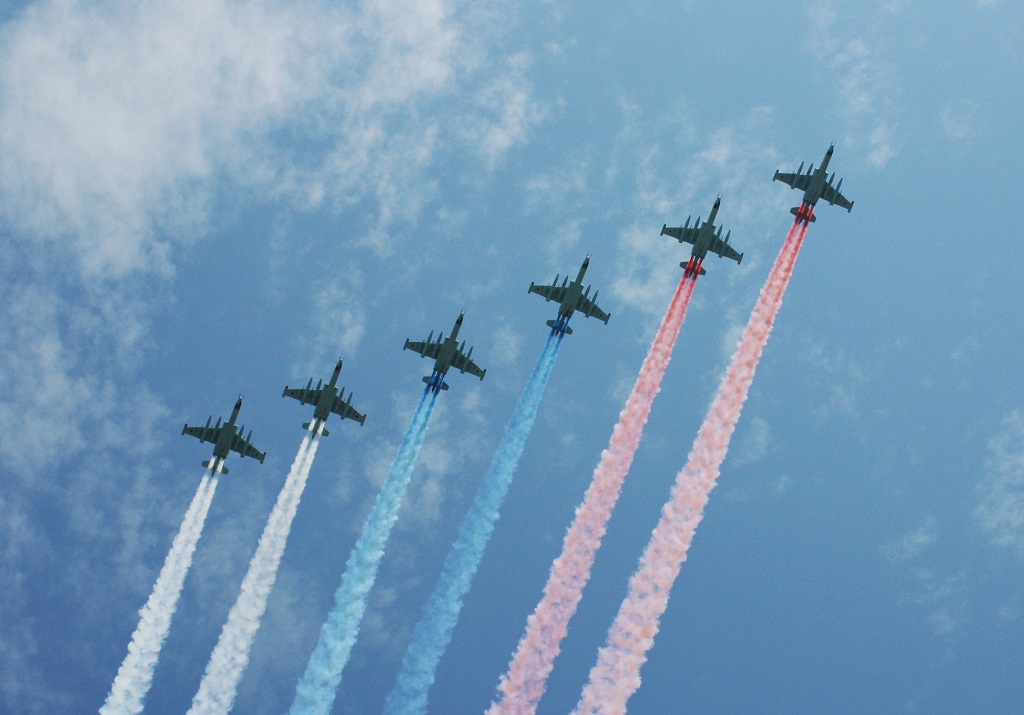 More than 1500 holiday events on the Victory Day in Moscow.

Parade on the Red Square
The parade in honor of the 69th anniversary of Victory in Great Patriotic War will start at 10:00 on the Red Square. A parade will hold 10,000 soldiers, 151 pieces of military equipment, and 69 planes and helicopters in the sky.

The main venue of the celebrations will be the Victory Park (Park Pobedy). At 12:00, there will be a Horse Show, at 14:00 – performance of the pianist Denis Matsuev accompanied by a symphony orchestra, at 15:00 – March «Immortal Regiment», which will end by a big gala concert, and at 22:00 – there will be fireworks show.
By tradition, the meeting places for veterans will be the square at the Bolshoi Theater, Alexander Garden and Gorky Park. Sokolniki and Izmailovo Parks will hold a solemn procession of veterans and in the Hermitage Garden – you can visit the «Victory Ball».
Concerts, street theater performances, exhibitions and other events will be held at pedestrian zones of the city and recreation parks.
The festival «Moscow Spring» organizes meetings with veterans, screenings films about the war, prepares special cultural program in the central pedestrian streets on May 9.
Thus, the action «Moscow remembers» starts at 14:00 on Tverskoy Boulevard and retro dance floor will work on the square near TSUM (the Central Department Store).
More information about the program of celebrations of May 9 2014 in Moscow can be found here.

The culmination of the celebratory events will be the traditional fireworks. 30 shots in 15 minutes will be launched from 14 points. The fireworks starts at 22:00.

The Victory Day on May 9