«My King» Russian Premiere to be held at the Brusov Ship 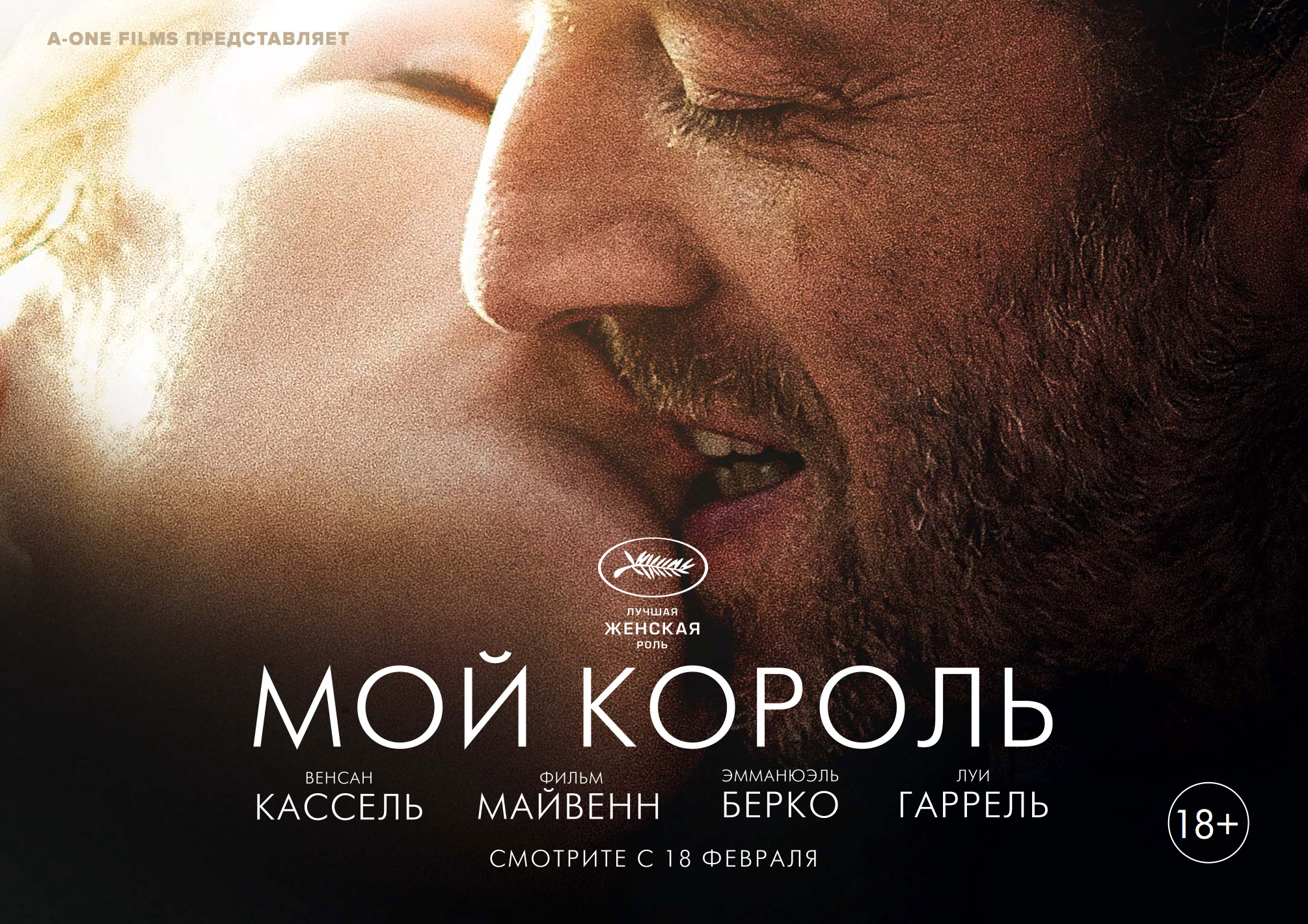 This Sunday, the Brusov Ship will host the Russian preview of French film Mon Roi (My King), selected to compete for the Palme d’Or at the 2015 Cannes Film Festival.
Mon Roi (My King) is a domestic drama about a tempestuous marriage between two bourgeois Parisians. A love story between a woman and an unstable man. Best Actress at Cannes 2015, Emmanuelle Bercot and Vincent Cassel star as a couple locked in a roller-coaster relationship. Bercot’s character Tony is admitted to a rehabilitation center after a serious skiing accident. Dependent of medical staff and painkillers, she takes the time to remember the tumultuous love story she lived with Georgio.
Despite the fact that the subject has been covered thousands of times before in French cinema, the director, her co-screenwriter Etienne Comar and the exceptional cast have an acute enough eye for the manners and mores of these archetypes to make the material feel consistently fresh and alive. The British composer Stephen Warbeck, the Oscar owner for best soundtrack (Shakespeare in Love) wrote the music for the film.
In Moscow, it will be possible to watch the romantic drama at Brusov Ship starting this Sunday, February 14. The film will be shown in the original language with Russian subtitles.

«My King» Russian Premiere to be held at the Brusov Ship