The only toilet in the Moscow Metro has been dismantled 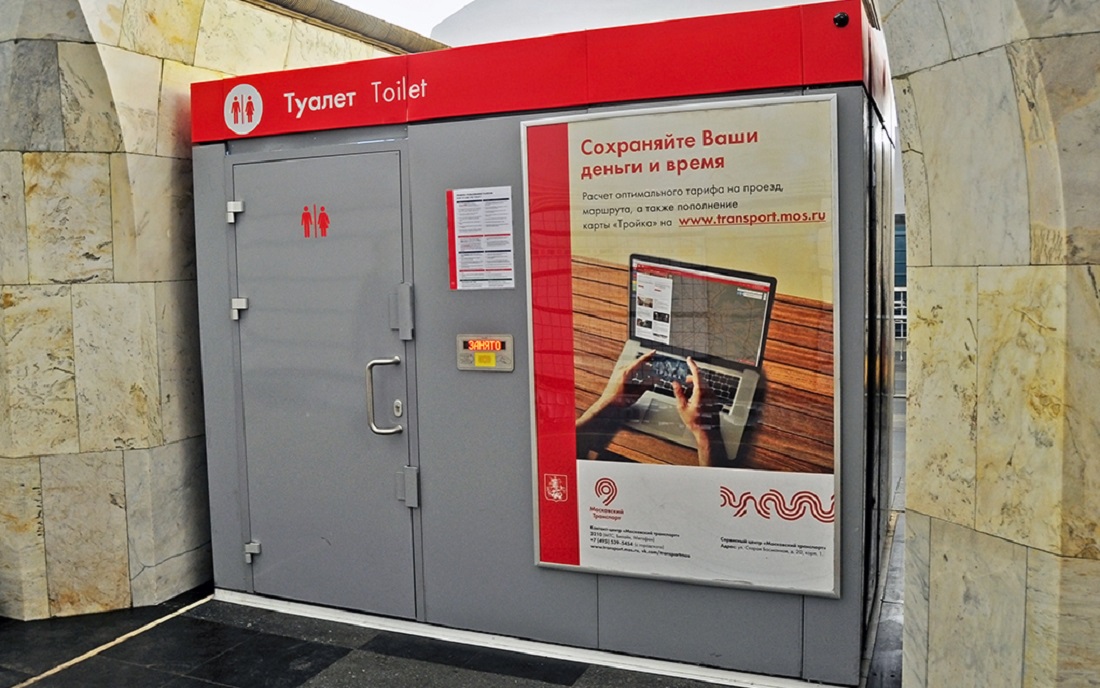 The first and the only toilet in the Moscow metro, opened in September, has been recently dismantled. The toilet was installed at Prospect Mira station of Kaluzhsko-Rizhskaya metro line as a pilot project. It was free for passengers with the Troika card. The two-month experiment has been finished.

During the experiment, the special services have assessed the popularity of the WC among passengers, as well as the hygiene of the toilet and its adaptability to the conditions at the station. The results of the experiment have not been reported yet.

According to the press service of the Moscow Metro, a special commission will analyze the received data to decide if the project on installation toilet booths at other stations is feasible.

The only toilet in the Moscow Metro has been dismantled