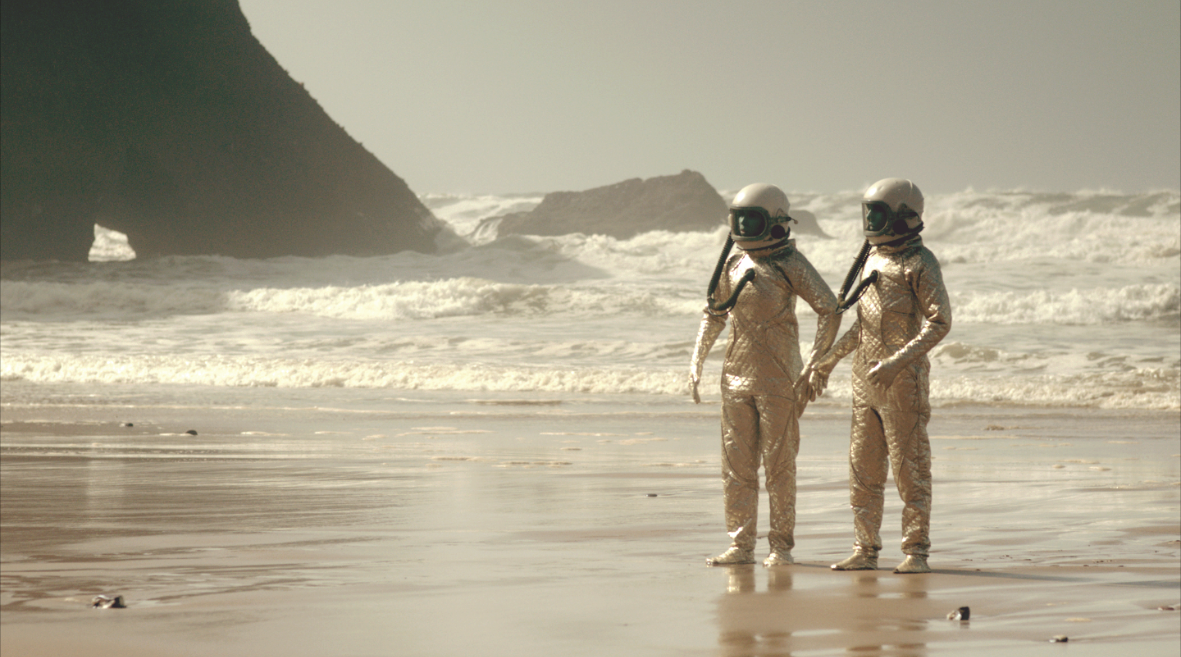 On September 22, The 6th Moscow Biennale of Contemporary Art opened at VDNKh. The main project, this time, is located in the Central Pavilion of the Exhibition Center. In addition, there are nearly a hundred exhibitions in Moscow museums. We’ve examined the program and prepared a list of the most notable events of The 6th Moscow Biennale.

The theme of this year’s main projects is How to live together? View from the center of the city in the heart of the Eurasia Island. It is not an exhibition, but a research forum. The exhibition itself will open later, on October 3, showing results of laboratories and experiments held during the biennale. More than 70 artists from Russia and abroad will try to find out how contemporary art can interact with a modern city, how it changes in the environment and how art itself changes the reality. Art theorists, sociologists and political scientists, artists and musicians will become the participants of the biennale. Among the stars are Rem Koolhaas and Eugene Gontmaher, Anatoly Osmolovsky and Konstantin Stargazers. 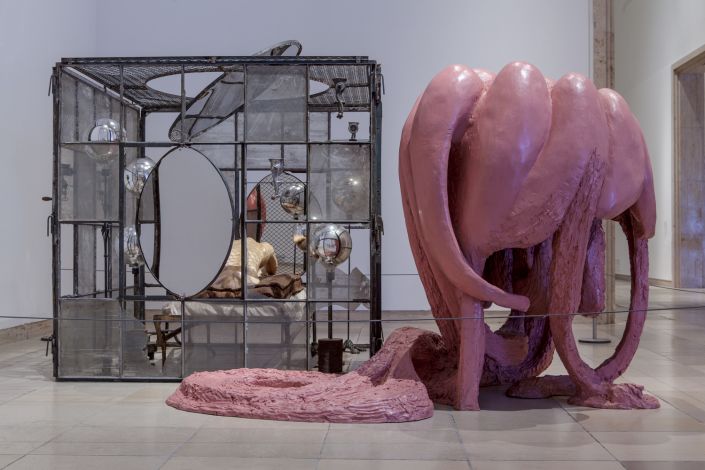 With a career spanning seven decades—starting in the late 1930s in Paris and culminating in New York—Louise Bourgeois (1911–2010) is one of the few artists associated with both modern and contemporary sensibilities. Bourgeois created the extraordinary series of sculptural environments in the last two decades of her life. Her early sculptures, paintings, and drawings, which led to the development of her monumental and innovative style, are also included in the exhibition. Coinciding with the show, Garage will present two large-scale sculptures: the monumental bronze spider Maman (1999) on the square in front of the Museum; and the international debut of Has the Day Invaded the Night or Has the Night Invaded the Day? (2007) as part of Garage’s Atrium Commission series.

The Cells was the main project of the last twenty years of the artist’s life. Each Cell is a unique, individual microcosm encompassing a range of emotions and associations. Bourgeois produced approximately 60 works in the series, assembling found objects, artifacts from her daily life (clothing, fabric, and furniture), and sculptures within distinctive architectural enclosures. 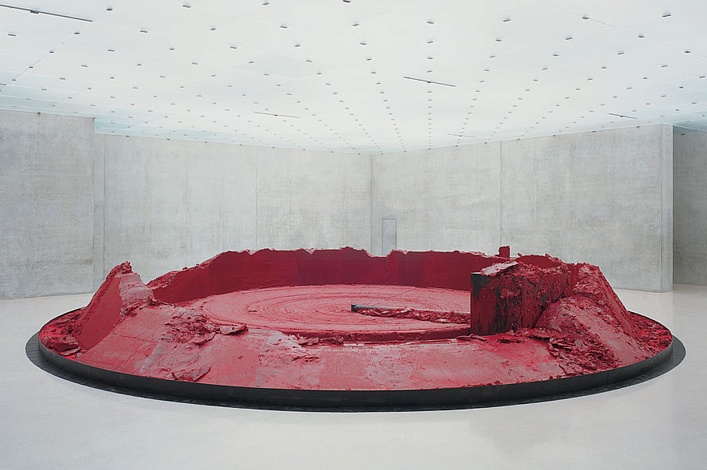 Anish Kapoor is one of the most influential artists in the world, who has changed the perception of contemporary sculpture. Born in Bombay, India, Kapoor has lived and worked in London since the 1970s. In 2009, Anish Kapoor was the first contemporary artist to have an exhibition at the Royal Academy of Arts, London.

The exhibition in Moscow includes three major sculptures from integral though distinct bodies of work in the artist’s sculptural language: voids; mirrors and the auto-generated. Rendered in pigment, steel and wax, the works epitomize Kapoor’s manipulation of matter to create a landscape and geology that is both other and sublime. The exhibition will be accompanied by the first monographic publication of Kapoor’s work in Russian and the artist will give a public talk in the Museum alongside the opening.

ANDREY BARTENEV. SAY: I LOVE YOU 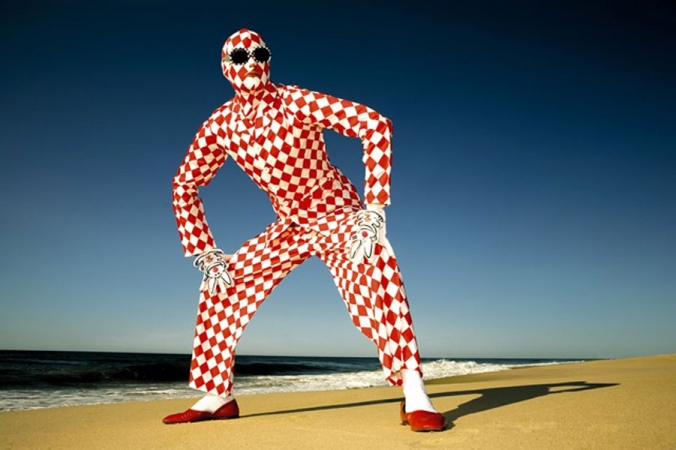 MMOMA presents an extensive retrospective exhibition of Andrey Bartenev, an artist of synthesis bringing together fine arts, performance, theatre, dance and music. The exhibition will open in the two Museum buildings at Gogolevsky Boulevard and will include Bartenev’s works of the last 25 years. The artist has been working on a large-scale sculpture Seaberry, created especially for the exhibition. Besides, the selection of Bartenev’s artworks from the 1990s will be accessible to wide public for the first time.

The oeuvre of Andrey Bartenev is multilayered. Performances, installations, sculptures, theatrical and video art fuse together to form a single whirlwind wandering in a never-ending quest for new artistic devices.

This exhibition celebrating the artist’s 50th anniversary, in its turn, makes part of the special projects’ series of the 15th anniversary year at the Moscow Museum of Modern Art. 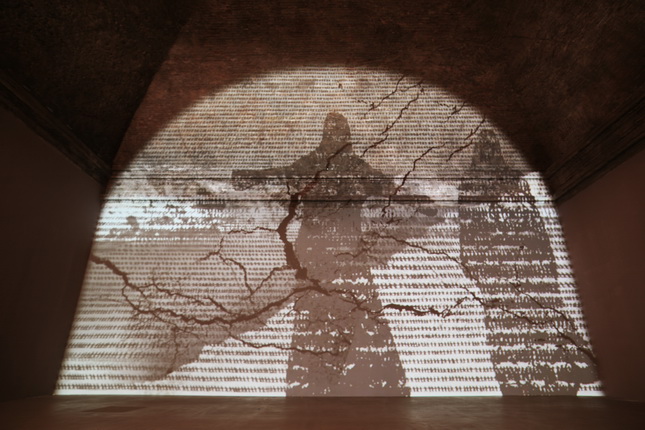 The work of Michal Rovner, international contemporary art star is particularly relevant today, in a world gripped by crisis and the total displacement of ethical, social, cultural and geopolitical coordinates. Michal Rovner’s works are addressed to every one of us, speaking of the impossibility of the individual existing separately; about the fact that the life trajectory of each person inevitably connects them to those who lived and live on our planet, and those who will live here after us.

Backward, into the historical realm defined by the ancient stones she used as both medium and context; and forward into technological systems that allow for novel expression of her imagery.

Abandoning any sense of narrative, Rovner displaces her figures in fragmented sites. Time seems like an event without beginning or end. These abstract, painterly video works explore reflections of a reality that is enigmatic and troubling. 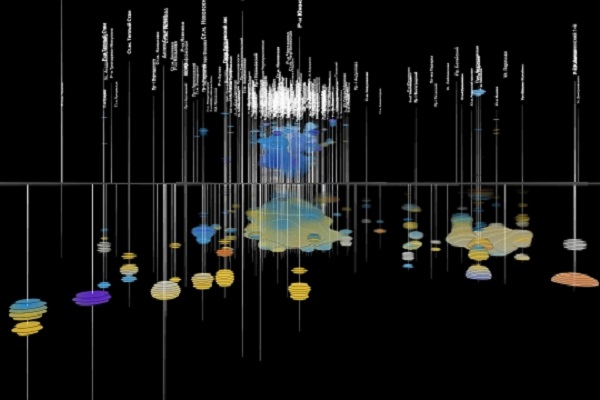 In the late 1960s when air travel was commonplace and the first photos of Earth from space appeared, perceptions of time and space underwent a radical revision.

In the present day, the process of globalization is leading to a completely new experience – the modeling and representation of empty space.
The exhibition in Tretyakovskaya Gallery will bring together the experience of art historians, geographers and artists from three generations from the 1960s to the 2000s

The exposition was created on the principle of an open landscape, in which works of art and the audience exist in one place.
A giant pictorial map of Asian part of Russia made in the late 1950s and early 1960s will become of the unique exhibits. The authors of this card for the first time managed to rise above the stratosphere and to see the Earth from a height of 30,000 meters.

Our Land / Alien Territory is a large-scale project featuring artists from Russia and other countries whose works address the relation of geography and politics. The main topic of the displayed works is the phenomenon of disputed territories and borderline areas facing persistent instability.
All the territories explored by the artists are different, but have something in common: particularly, the charged dynamism of a borderline area, political instability, and the mixed national identity patterns

At the same time, such native/alien territories vividly exemplify problems faced by the modern national states, inviting thoughts on how a national identity is shaped, how the collective mindset works, how the actual topography relates to peoples’ ideas of themselves. In pondering over these questions, the artists refer to individual stories, thus bringing a personal aspect to these vague abstract subjects and elevating a private story to convey a political message. 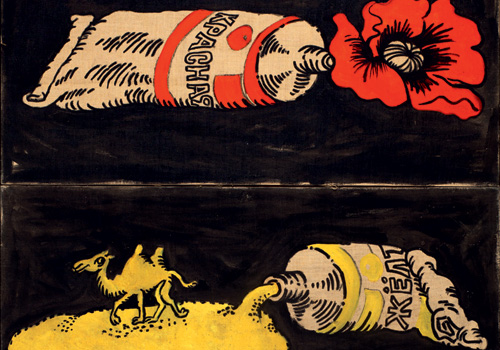 The InSight exhibition has been conceived as an experimental project, which does not aim to provide visitors with readymade answer but prompts them to take an active part in comprehending and interpreting contemporary art instead. The show is dedicated to the so-called heroic period of new Russian art during the last quarter of the 20th century.

The curators have made an attempt to reconstruct the unique ambiance of the time when energy, enthusiasm and the goodwill of everyone involved in contemporary art were its principal driving forces. The exhibition is a kind of sketch or rough drawing reenacting certain episodes of the Russian art scene of the late 1980s and early 1990s in broad-brush strokes. Back then, contemporary Russian art endured a tough process of bringing down old mechanism of culture and creating new ones to supplant them as being widely popular, commercially successful and universally acclaimed became a factor in a system previously dominated by self-archiving. In conditions like these, the number of exhibitions and other art events increased drastically, with each becoming a crucial emotional experience for both artists and visitors, which leads to any show being interpreted in countless ways. This emotionally rich ambiance of the time became the keynote of the exhibition, while also providing a stimulus and a platform for everyone who has to do with art of that period to share their memories.

The exhibition PONTIFEX MAXIMUS by Alexei Morozov opens within the special program of the Sixth Moscow Biennale. The artist has conceived PONTIFEX MAXIMUS as a futuristic anti-utopia on the theme of union of machine and senses. Alexei Morozov is one of the few artists today that is asserting equality of ideas and forms in his creativity. Combining sculpture, architecture, and engineering, Alexei Morozov managed to find the most compelling artistic image of humanistic essence of art and its metaphysical complexity – a cable-stayed bridge, as the objective and a metaphorical way of inter-civilizational communication.