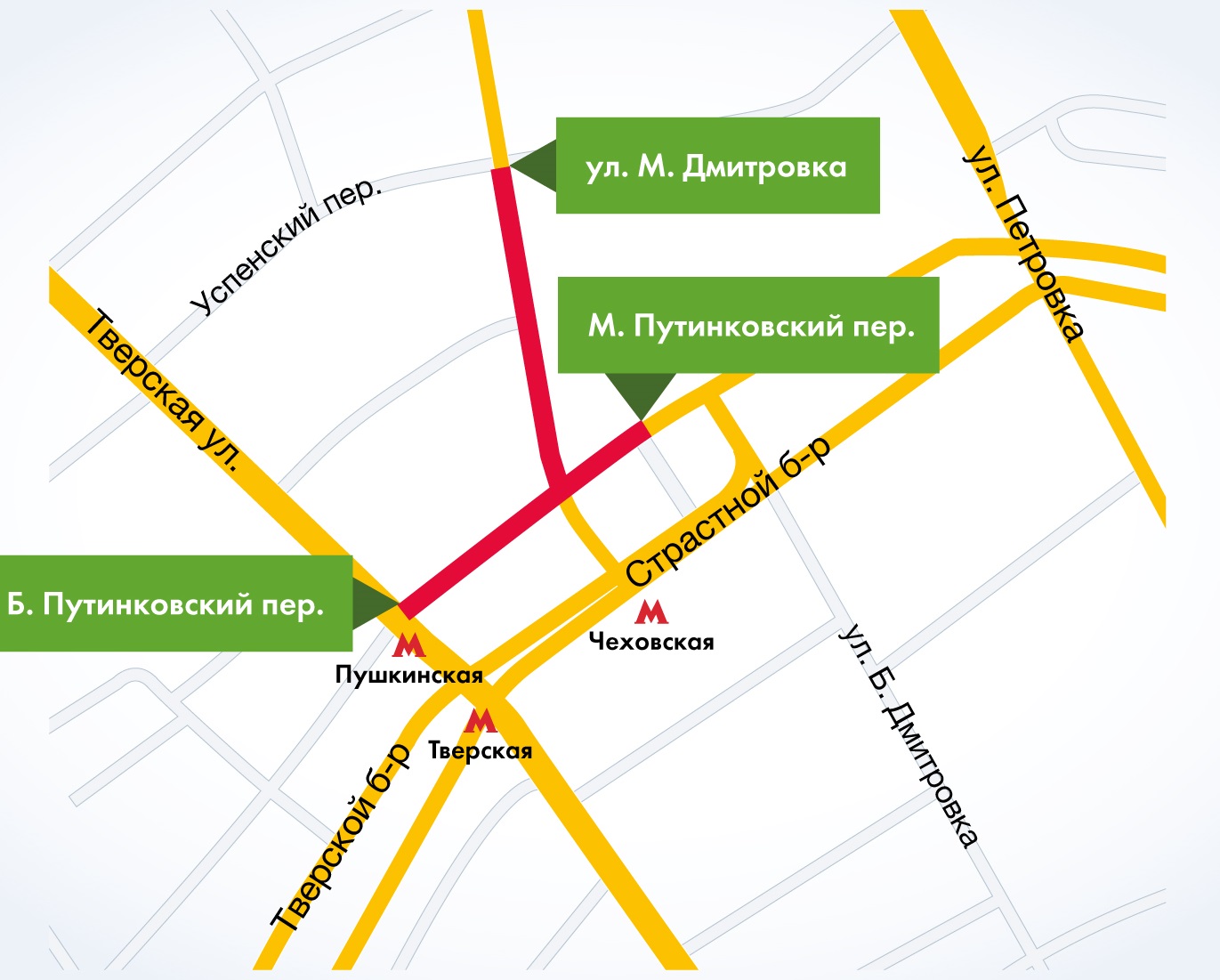 On June 19 and 26, from 09:00 to 23:59 Malaya Dmitrovka Street will be blocked from Uspensky lane to Strastnoy Boulevard and Bolshoy Putinovsky lane will be closed for vehicles from Maly Putstinovskiy lane to Tverskaya Street.