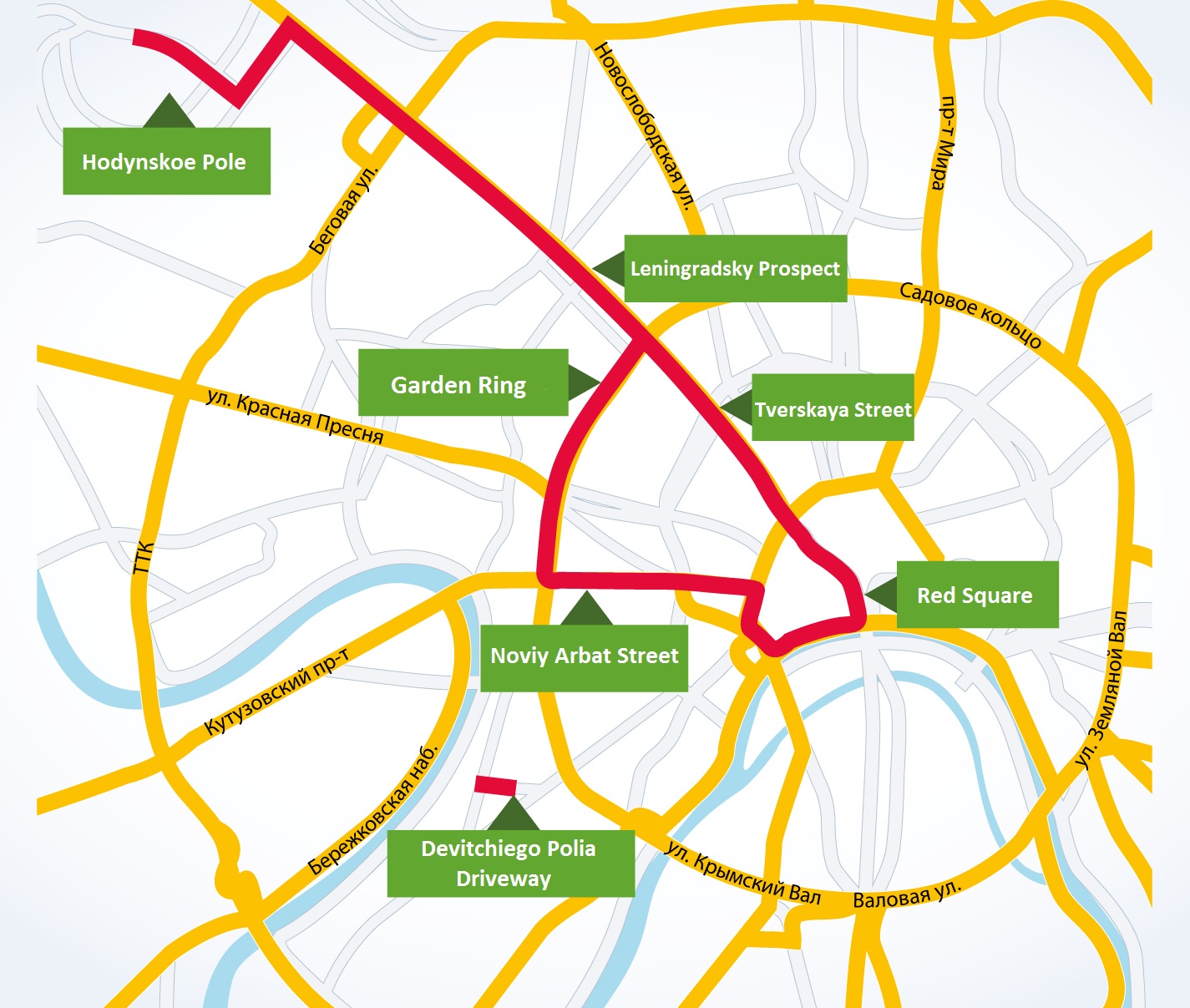 Traffic at several streets in the Central and Northern administrative districts of Moscow will be blocked on April 29, May 4, 6, 7 and 9 because of the Victory parade rehearsal. The parade, devoted to the 70 anniversary of the victory in the Great Patriotic War will be held on May 9.

Thus, on April 29 and on May 4, from 18:00 and until the end of the rehearsal, on May 7 and 9, from 06:00 and until the end of the event, it will be impossible to pass along the route of the military equipment. It will proceed from the Hodynskoe Pole down the Aerokonstructora Mikoyana and aerokonstructora Sukhovo streets, further through Leningradsky Prospect, 1st Tverskaya-Yamskaya Street, Tverskaya Street, through Manezhnaya and Red squares, Vasilevsky Descent, Kremlyovskaya Embankment. Traffic will also be prohibitted at Borovitskaya Square, Mokhovaya, Vozdvizhenka and Noviy Arbat Streets up to the intersection with the Garden Ring, and at the Garden Ring up to Triumfalnaya Square.