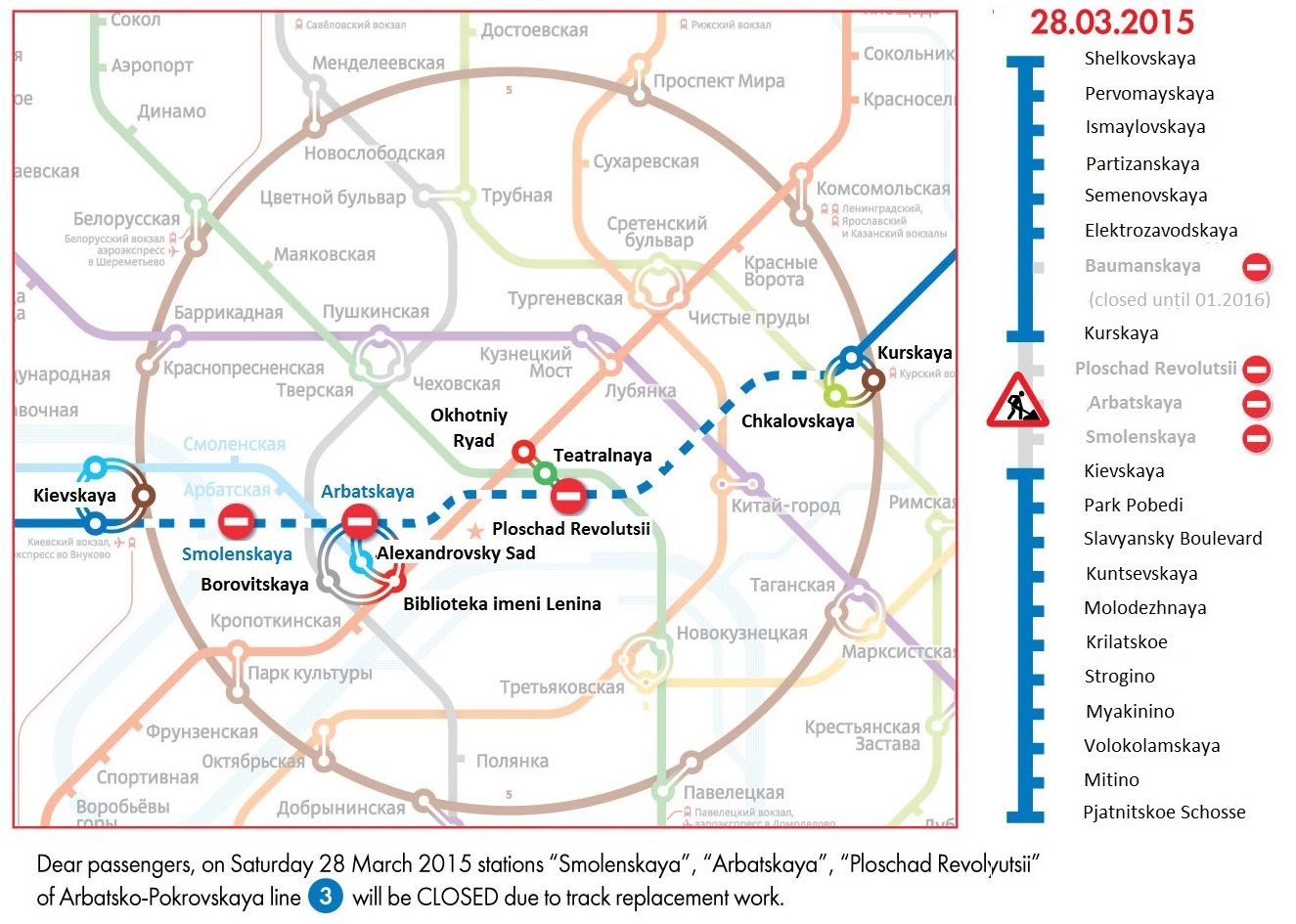 Moscow Metro reports that on Saturday, March 28, 2015, there will be no train movement during the day on a part of Arbatsko-Pokrovskaya metro line from Kurskaya to Kievskaya stations. Smolenskaya, Arbatskaya and Ploschad Revolutsii metro stations will be closed. These limitations are introduced due to overhaul of the tracks. Repairers will replace the rails, cross ties and other elements of the way structure. These are obligatory works provided by service regulations of the Moscow Metro.

On March 28, trains at Arbatsko-Pokrovskaya line will go only from Shchelkovskaya to Kurskaya and from Kievskaya to Pyatnitskoe Schosse stations. Kurskaya and Kievskaya will be final stations and transitions to the Circle line. Transitions will operate as usual.

Administration of the subway suggests using adjacent stations instead of the closed ones.

Work of Smolenskaya, Arbataya and Ploschad Revolutsii will resume on Sunday, March 29, 2015, at 5 hours and 30 minutes.