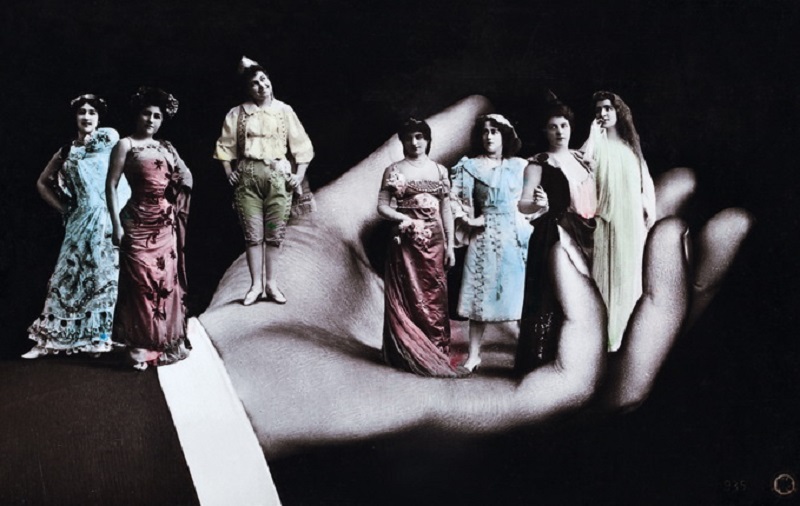 The Multimedia Arts Museum presents an exhibition «Surreal Illusionism. Photographic Fantasies of the Early 20th Century». It shows the art of photographic postcards, so popular in the last century. The exhibition is organized in five thematic sections: Forward, Photomontage, Fascination, Fancy and Fun. It opens on February 26 and will last until April 19.

In late 19th century, postcards were produced with real photographs, by using mechanized exposure and development processes postcards, unlike today’s printing photographs on the cards. The production of photographic postcards, also known as «real photo postcards», became a sizable industry, and the products were distributed all over the world. The phenomenon only lasted for two decades, but resulted in millions of photographs.

The golden age of photographic postcards drew on early 20th-century urban popular culture. The rise of the cinema, the modern culture of sunbathing, eroticism, circus, variety shows and technical innovations inspired the cards’ imagery. In the 1920s and 1930s, a group of avant-garde artists and poets began to draw inspiration from dreams, fantasy and the depths of the unconscious. An art movement known as surrealism emerged. The photographic postcards presented at the exhibition were «surrealist» before the word was even invented!

From today’s perspective, photographic postcards are fascinating particularly because of the photomontage techniques used. The combination of images and drawings, and multiple exposure were some of the techniques used in industrial photography a hundred years before «photo-shopping». Because industrial color photography was yet to be invented, the cards were colored by hand. It made the images unique.