The Iceberg(s) exhibition opens in Moscow 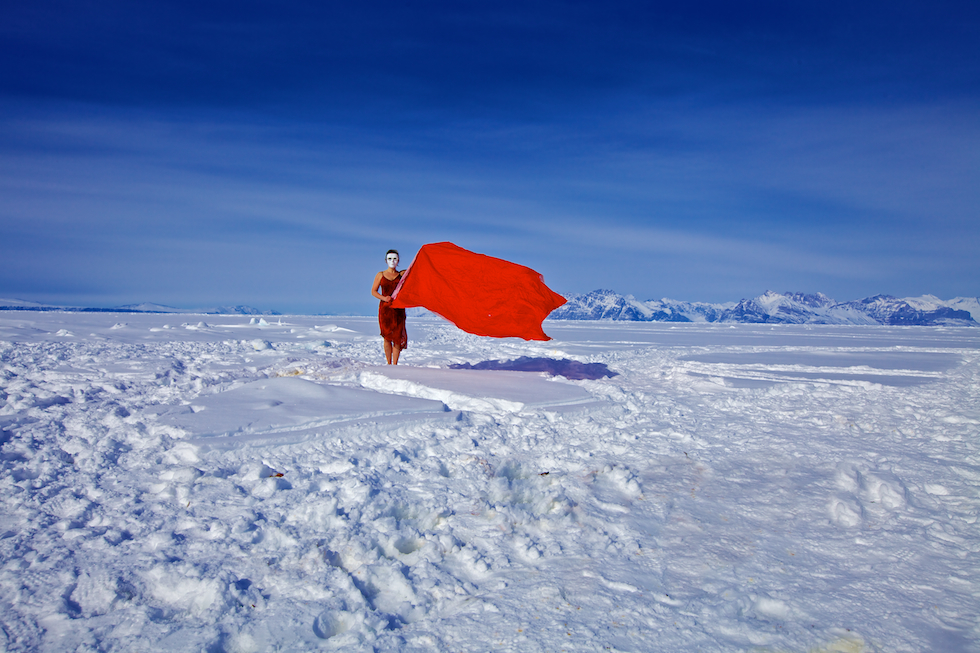 «The Iceberg(s)» exhibition opens in the «Ruin» architectural space, preserved by restorers after the fire. Visitors of the cold Ruin’s halls will see a multi-genre multimedia artistic and research project uniting video documentation of the Arctic expeditions, photos of northern landscapes, artist’s performances and actions, traditional shamanistic ritual together with modern musical compositions. Changeable forms of icebergs, thawing and stiffening on a sea wind among, no two identical found, became an inspiration source for the artists.

The exposition opens with the documentary about expedition of the Greenland researcher Ole Jørgen Hammeken. In 2012, Hammeken studied life of the most northern people – polar Eskimos, whose settlements can be reached only on a dogsled and an open boat.

Icebergs grow on several screens and black mirrors in photos and movies of Galya Morrell, who calls herself «The artist by the name Cold». Galya Morrell, participant of many expeditions, overcame hundreds of kilometers on dogsleds, open boats, on foot and on skis. She is a reporter, an essayist, a lecturer and a theatrical director and is known for the making scenes on drifting ices, organization of performances and carnivals, involving local people. She also organized expeditions to support traditional culture of the northern people and artists, living in the most isolated settlements of the world.

Within the exhibition opening in the «Ruins» space, shamanistic rituals, artists and musicians performances will take place. The exhibition opens on a day when after long polar night, the sun again ascends over the most northern city in the world – Kaanaak in Greenland.

The exhibition will take place from February 17 to March 15 in the «Ruins» space of the Moscow Museum of Architecture (Vozdvigenka Street 5/25).

The Iceberg(s) exhibition opens in Moscow