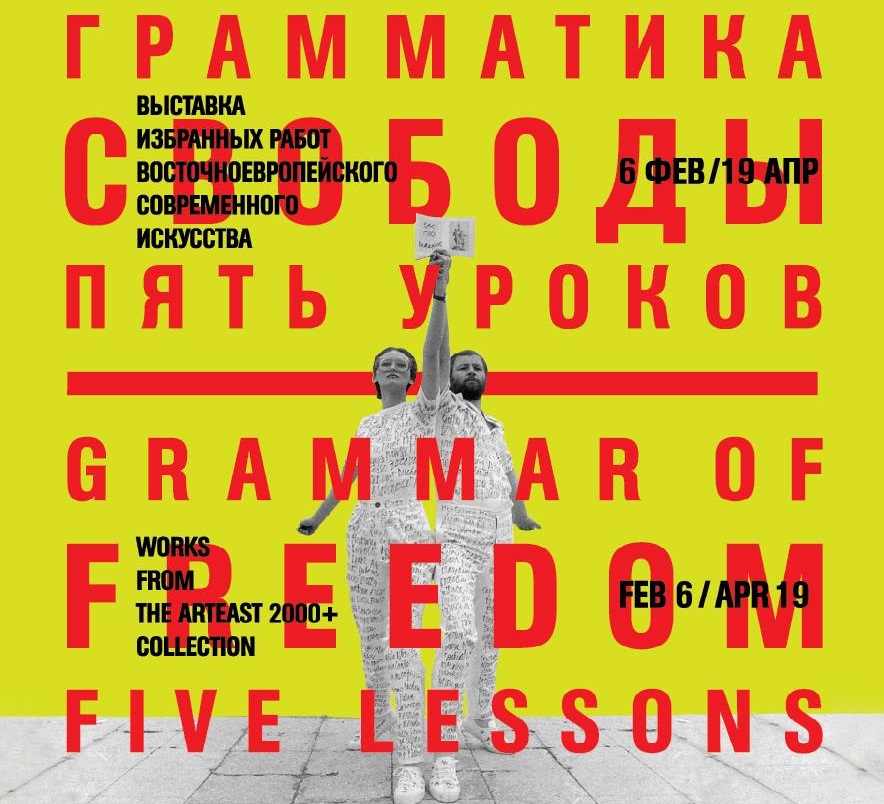 Garage Museum of Contemporary Art presents a project «Grammar of Freedom / Five Lessons: Works from the Arteast 2000+ Collection», developed in close collaboration with Moderna Galerija in Ljubljana, Slovenia. The exhibition features works by more than 60 artists and art collectives from the 60s of the XX century to present days.

The Arteast 2000+ Collection was the first museum initiative that focused on works of postwar avant-garde Eastern European artists in a broader international context. In 2011, the Collection became the core of the new Museum of Contemporary Art Metelkova, which operates as a unit of the Moderna Galerija in Ljubljana, Slovenia.

Participants of the exhibition come from different countries of Eastern Europe and the former USSR republics. The works presented to the viewers, show the mechanisms through which the art developed in the socialist camp.

Grammar of Freedom / Five Lessons covers problems, which united artists in the past, which have not lost their relevance to the present day and still need a certain reconsideration. The name of the project focuses attention on the general idea among all participants of the exhibition – a fight both for personal liberty, and for freedom of creativity in the conditions of the socialist modes. The exhibition is divided into 5 segments, 5 lessons through which peculiar “grammar” of different art methods of fight for freedom is built.

In addition, an international conference will be held at the Museum to further expand the dialogues raised by the exhibition. Educational program is also taking place within the project.

Grammar of Freedom / Five Lessons: Works from the Arteast 2000+ Collection will last from February 6 to April 19, 2015. On February 6, entrance to the exhibition is free.