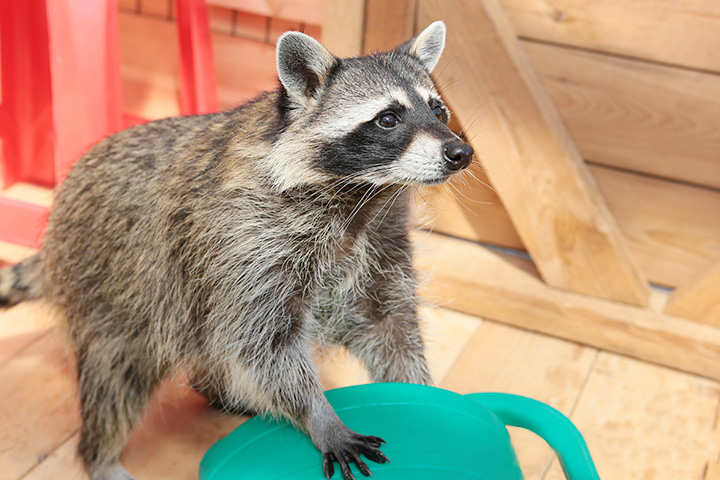 Raccoons, alpaca, shiba-inu and other animals you can see round Moscow. A nice opportunity for those, who would like to combine a journey to the countryside with meeting rare animals in nature conditions.

A nursery where you can spend whole day, embracing real raccoons

The nursery in Moscow region is held by a family, which decided to buy several raccoons a few years ago. Presently the place is called the House of Raccoons, and its official site appears the Museum of Raccoons. There you can learn everything about these lovely animals and look through a mad number of their photos.

The place is remarkable because the animals live here in spacious open-air cages, and visitors can really communicate to them. There are also specially equipped cages for baby-raccoons. Guests are received from 10.00 until 17.00 on preliminary registration. Price starts from 1000 rubles (€12.43)per person.

A farm with shaggy ridiculous animals 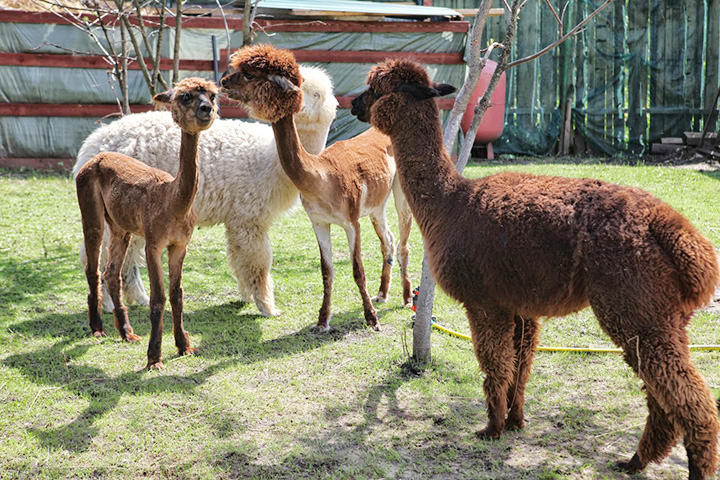 The farm with the most photogenic animals opened in Khimki in 2012, however half a year ago the owners had some legal problems, and the farm was on the verge of closing. Presently, thing are said to be on the mend and alpacas are not going to move away. Guests are offered to hand-feed alpaca, walk it with a breast-band or just caress it. Excursion to the farm lasts one hour, during this time visitors are shown, among other things, how alpaca wool turns into yarn for sweaters. Excursion cost 300 rubles (€3.73) for one person, children until 2 years can go free of charge. However, the minimum cost of excursion is 1000 rubles therefore, it is better to come with a company. Guests are waited on preliminary registration in a day by phone. 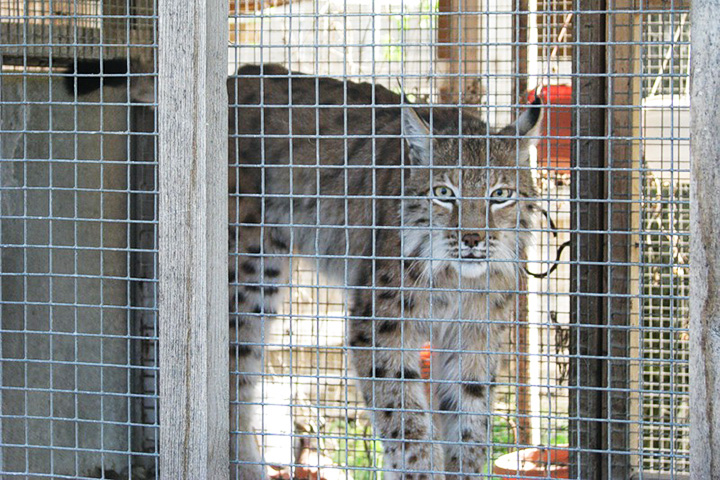 The animal farm «Saltykovsky» exists more than 80 years and is engaged in breeding of fur animals. However, it is made not only for affection, but also for production of fur. Until lynxes, polar foxes, raccoons and martens have not turned into fur coats, it is possible to communicate to them on the farm. There is a separate mini-zoo where visitors can also see turkeys, donkeys, rabbits and other fauna representatives. The cost of excursion depends on number of guests; it is possible to register by phone. Fur coats are also made here.

Place where you can feel yourself a hunter of imperial times 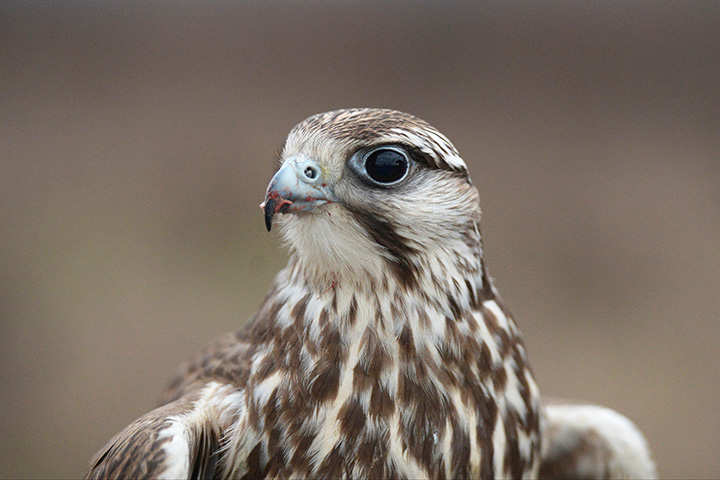 The Russian falcon center is a division of research institute, which is engaged in preservation of falcon and its subspecies. The center is situated on a place of a former estate with ponds and gray herons and black grouses living at the territory. There are wonderful guides in the center that will tell you about life of falcons, sea eagles, peregrines and other rare birds. A lot of thing there demand repairs, however all the animals are kept in good conditions.

The cost of a bus tour begins from 400 rubles (€4.97) per person, it is better to specify exact cost at registration by phone.

Bison in one of the purest districts of Moscow region 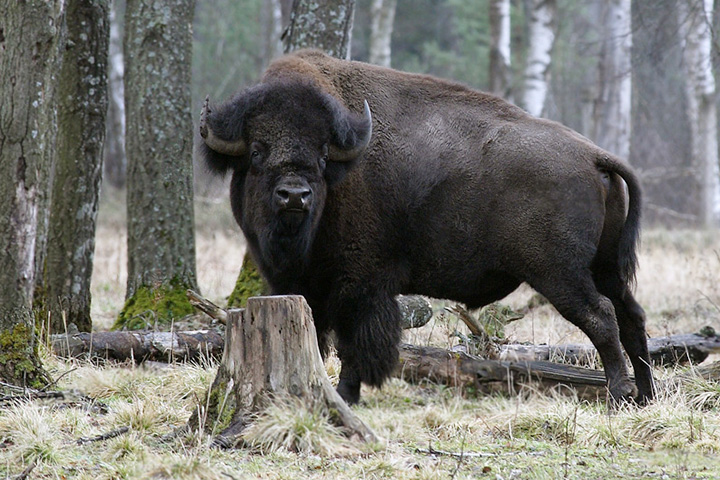 The Prioksko-Terrasny Reserve is considered the real ecological paradise in Moscow region. 92% of its area (and it is 4945 hectares) are covered with woods. It is possible to find more than 900 species of plants, including ones, included in the Red List at the territory. Besides, it is a true pride of the Soviet zoologists, because in 1940ies, only one bison remained in Russia. In 1950, a couple was brought to it, and the same year, they had the first posterity from which the present nursery grew. Besides bison, there are elks, martens, caresses, badgers, hares and other forest inhabitants at the territory of the reserve. Animals live in big open-air cages, in conditions approach d to their natural habitat.

Riding a deer, berry tea and stories about life of deer breeders 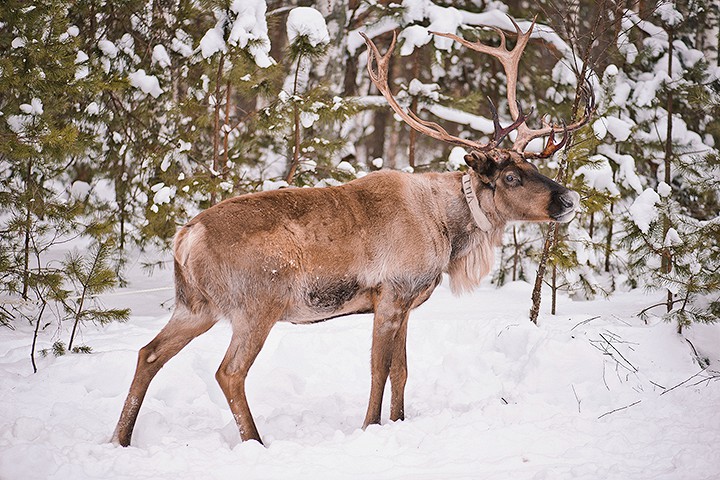 15 deer that allow to caress themselves and ride visitors live at three hectares of the nursery. The cost of excursion depends on number of guests; it is possible to order it by phone. Deer are absolutely domestic, they can be caressed, embraced, kissed and fed from hands. Also within a walking distance from the deer yard there is a warm yaranga, where you can taste sweets and tea for free.

Marsupials in a big zoo in the Kaluga region 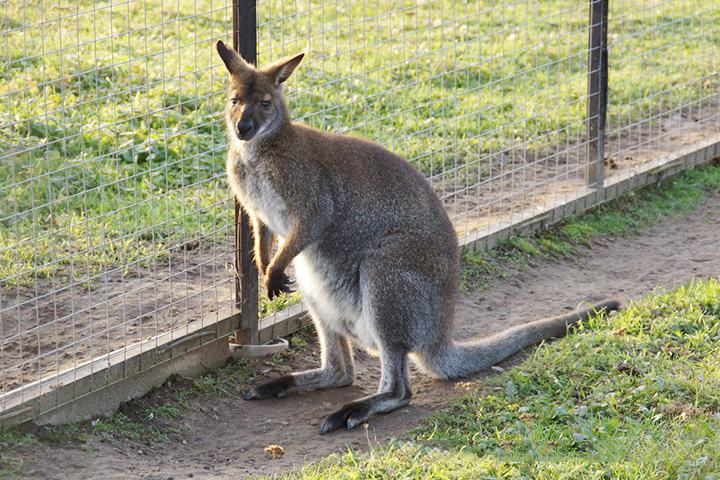 It makes sense to come here for the whole day. At the territory of park, there are playgrounds, ice cream kiosk, benches to sit and listen to the birds singing. 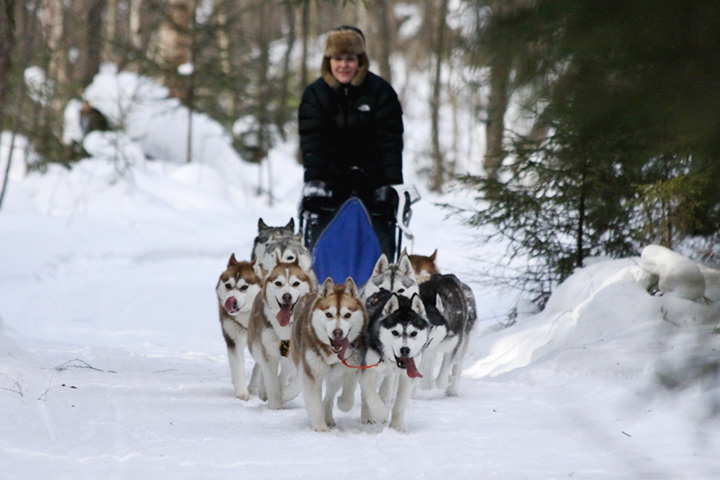 The Artemov nursery used to be a good place for a dog ride, however now this entertainment can be found in almost any Moscow park during winter. Nevertheless, here it will be pleasant to see huskies, shiba-inu and akita-inu. It is possible to communicate to dogs, and to buy one if you want. A pleasure to ride on huskies is not a cheap one — it cost from 1500 rubles (€18.64) for 15-minute ride.

A branch of the Moscow zoo in Velikiy Ustyug 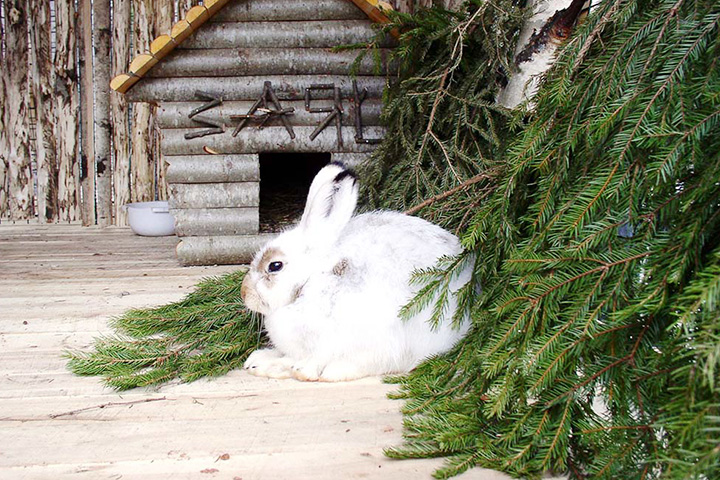 The new office of the Moscow Zoo is situated in several kilometers from Velikiy Ustyug. 400 types of animals and birds live here, but besides traditional forest animals you will be able to see yaks, ostriches, peacocks, red wolves, raccoons and other interesting animals.

The territory is beautiful and spacious; animals are well groomed, quiet, and clean. There are not so many visitors usually. Near open-air cages, you will find plates with names of inhabitants and small articles about them.

Russian version of this article can be found at Afisha Gorod here. 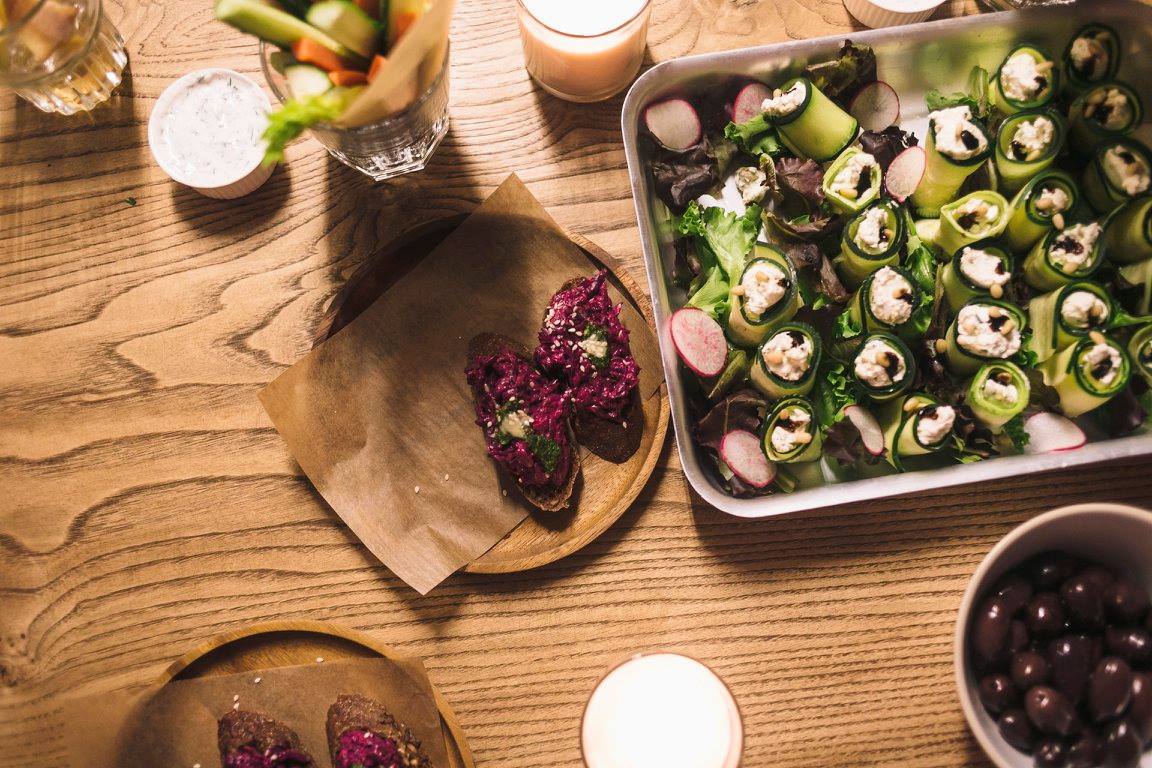 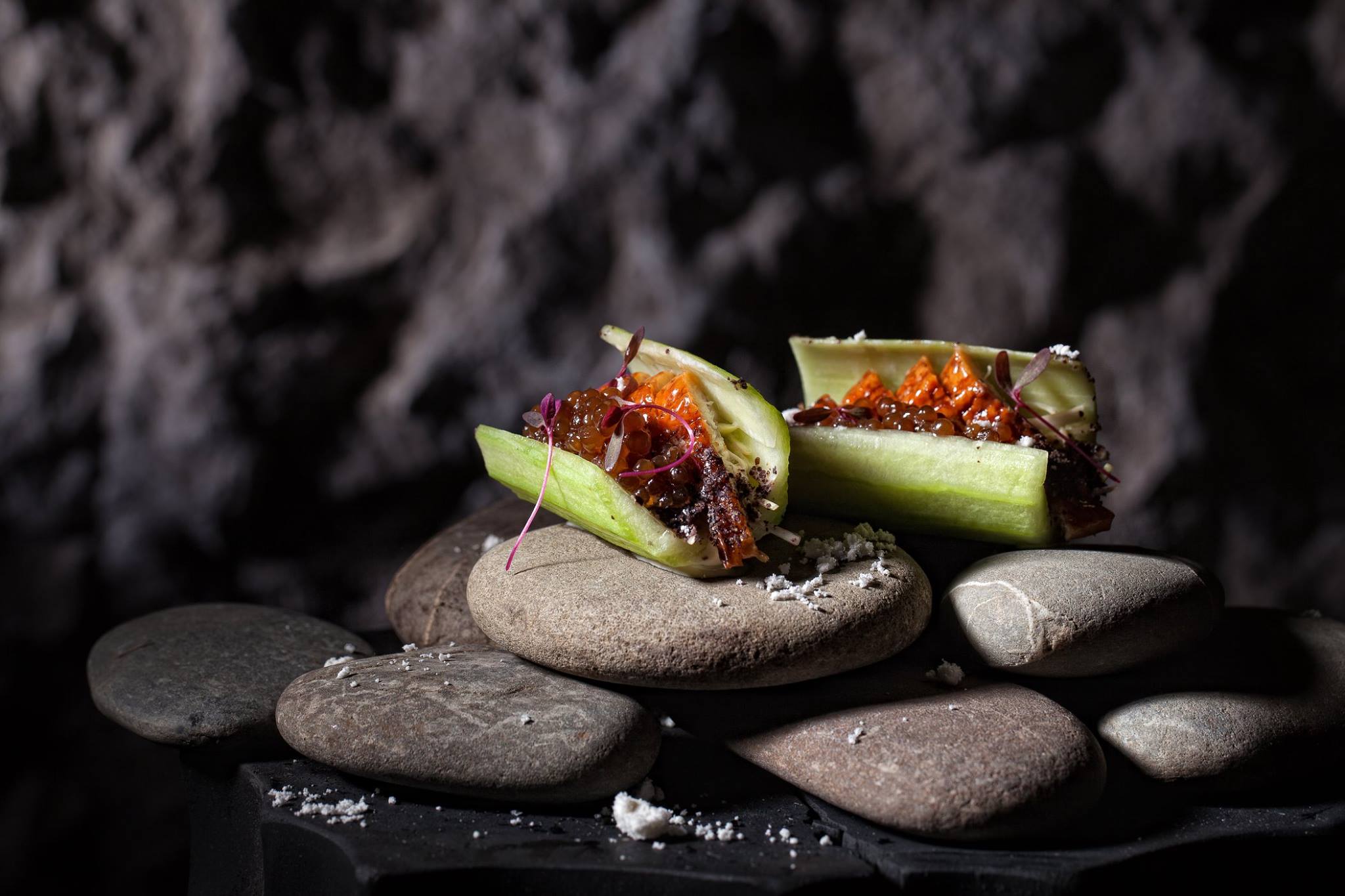