A Part of the Red Metro Line will be Closed 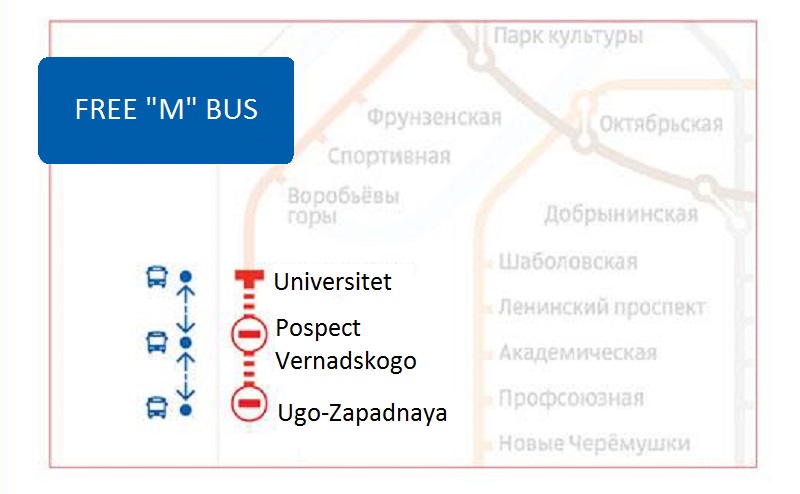 A part of Sokolnicjheskaya (red) metro line will be closed from Universitet to Ugo-Zapadnaya metro stations on December 6 due to works on launching a new station – Troparevo.

A free bus route «M» will run between Universitet and Ugo-Zapadnaya stations with an intermediate stop at the station Prospect Vernadskogo.

Troparevo metro stations will be opened until the end of the year. The station will become final one at the red line of the subway until putting into service Rumyantsevo and Salaryevo stations.

A Part of the Red Metro Line will be Closed