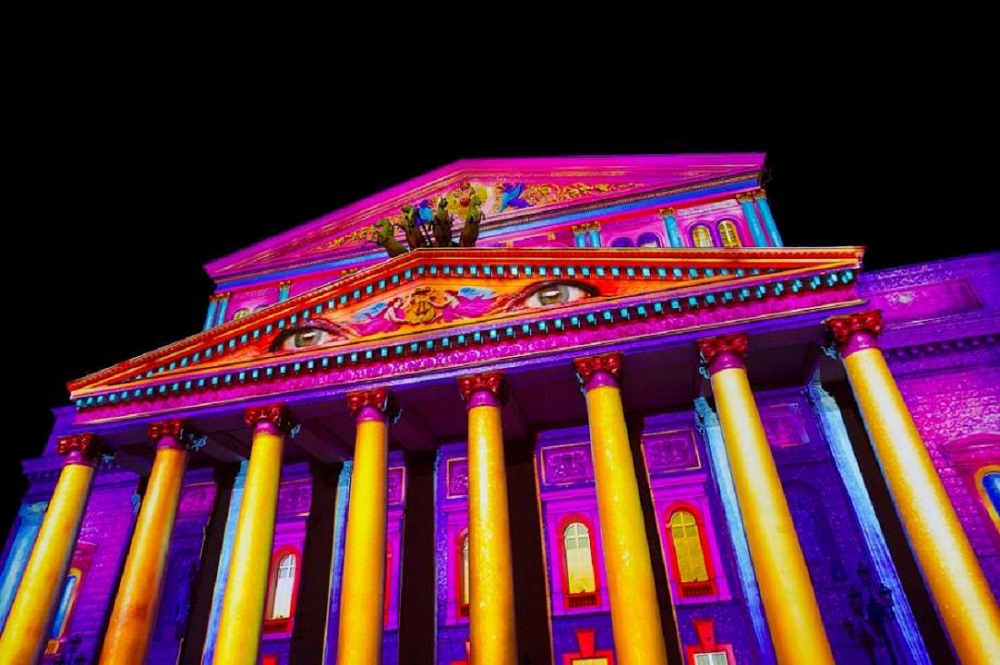 The IV Moscow International festival «Сircle of light», devoted to the possibilities of modern lighting technologies, will take place in Moscow from October 10 to October 14. This year the main theme of the festival is a worldwide journey – a fascinating odyssey of light that unites the world.

The majestic locations of the festival among which are VDNKh, The Bolshoi Theater, Tsaritsyno Park, Ostankino and part of the Kuznetskiy Most Street will be transformed with the help of modern lighting technologies bringing a unique multimedia adventure to all spectators. The guests of the festival will have a chance to see the beauty of most remote locations on the planet, become familiar with the culture and traditions of different countries, as well as see numerous light installations, breathtaking laser shows and other works by the leading Russian and foreign professionals in the field of lighting technologies.

Moreover, the annual video mapping contest «Artvision» will take place in the framework of the festival. The participants of the contest will have an opportunity to present their works in three nominations: classical architectural mapping, contemporary art mapping and VJs battle. The works will be reviewed by live audience and by professional international judges. Spectators will be able to see the works at the VDNKh.

The Educational program will take place at two locations. Lectures, discussion sessions, meeting that will be devoted to the cross-cultural ideas and experience exchange in the field of videomapping, lighting design and other aspects of modern technologies integration and influence on the customary city space will go at the Interactive Media Cube that will be constructed on Manezhnaya Square. Numerous master-classes, showcases and workshops dedicated to the practical aspects of working with light will take place at Digital October Center.

The «Circle of Light» Festival will start on October 10 at 20.30 at the Ostankino Pond. It offers a premiere play of a light show «Around the World in Less than an Hour». Spectacular performance that combines several elements – fire, water and air, and will end with spectacular fireworks.

Addition to all the events is absolutely free. You can see the detailed program of the festival here.