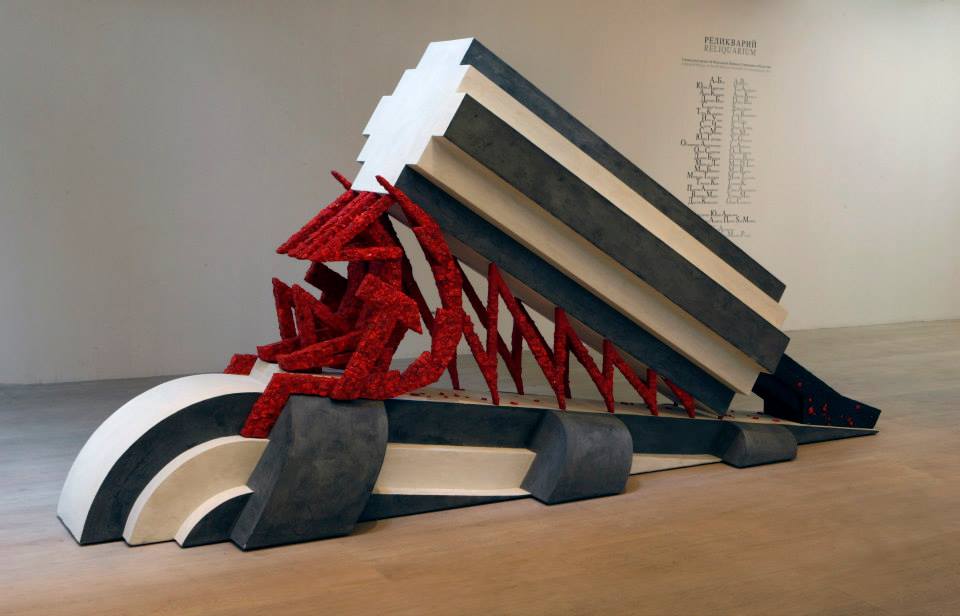 «StreetARCH», devoted to the history of monumental art in Moscow, investigates the major historical styles by works of art in the urban space: among the streets, houses, squares and parks. The exhibition will take place in Schusev State Museum of Architecture from September 4 to October 12, 2014.

The center of the exposition is a retrospective of monumental objects created by distinguished artists from the 1950s to the 1990s. The most vivid paintings, mosaics and sculptures of the Soviet period had already become the face of Moscow. Curious and tragic stages of their realization and transformation illustrate not only the main artistic tendencies of XX-XXI centuries, but also the course of history. The exposition does not avoid asserted, but outstanding wide-ranging projects of the Soviet period, such as the dominant of Taganskaya square – «Pulsar» on the roof of The Taganka Theatre. Special attention is given to the forgotten history of the soviet monumental propaganda and promotion of achievements of socialism.

Contemporary section of the exhibition is devoted to street-art – an independent and opposing movement that has subsequently become an integral part of actual culture. Public-art-sculptures, installations, graffiti of famous Russian and foreign artists introduce two general tendencies of street-art development today: festival projects, approved by urban authorities, and original compositions, implemented on independent exhibition platforms. Many works are accompanied by projections of the surrounding environment.