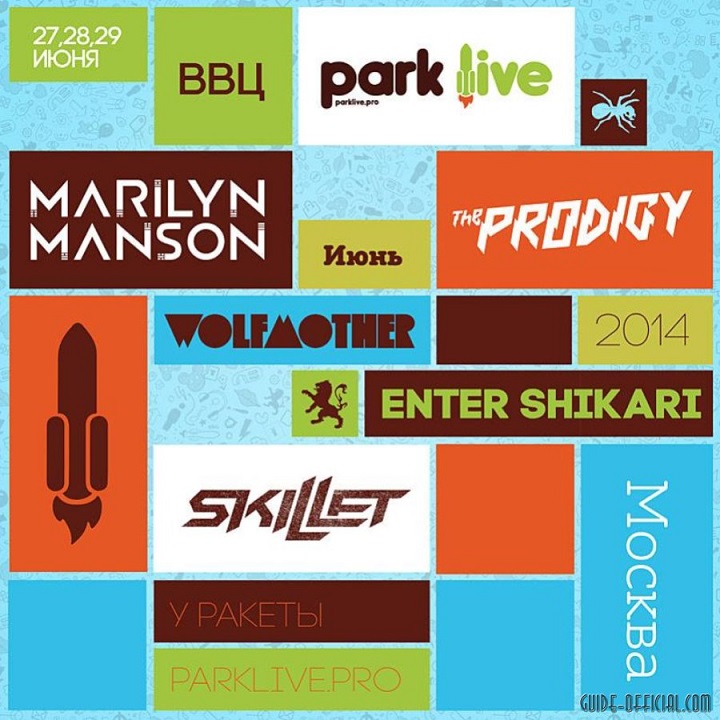 Park Live is first city open-air festival. This year, it is held under the slogan «Great Festival for a great country». It will last for three days and the list of headliners is very divisive.

Park Live takes place in legendary historical place – VDNKh. This venue is chosen intentionally – it used to be an Exhibition of Achievements of the National Economy – a place with a real “soviet” spirit. The main place of Park Live is the Industry Square. It is a well-known part of the All-Russia Exhibition Centre. The carrier rocket “Vostok”, situated in the centre of the square, became a symbol of the festival this year.

If last year’s festival line-up was quite colorful – Swedish pop, Russian rock and French electronics – this year the organizers clearly rely on heavy music. The most noteworthy are Mastodon, alternative rock veterans Deftones. Equally loud headliners from the world of electronics – The Prodigy and Die Antwoord. Those who want something lighter will like beautiful songs by leisurely Lykke Li and Wild Beasts.

On the first day appear extravagant Ukrainians The Hardkiss, Marilyn Manson and American Christian rockers Skillet. On the second day of the festival, the lineup is the most interesting – right after the Prodigy, rush to the second scene on the Die Antwoord set. A little earlier in the program, there are performances of Hollywood Undead and incredibly popular on festivals this summer Russians Therr Maitz. On the final day of the festival American rockers Deftones, Lykke Li and the author of the «Amelie» Yan Tiersen will rise on stage.

The tickets are still on sale. The price of one-day ticket starts from 2500 rubles (€50). You can get all the additional information here.