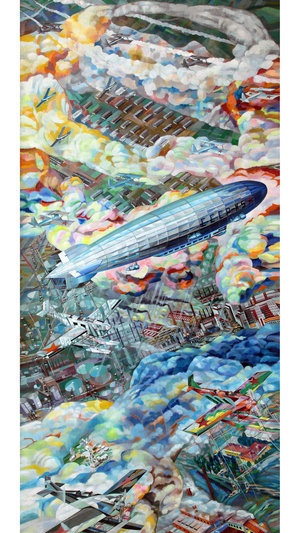 Jewish Museum and Tolerance Center (Obrazcova St., 11, build. 1A) presents a huge exhibition project, assembled from Russian museums and private collections «Avant-Garde and Aviation». It will last until August 10, 2014. The exhibition «Avant-Garde and Aviation» is dedicated to the most productive and intensive dialogue between science, technology and art, ever happened in the history of the twentieth century.

Among those who had been fascinated by flights and motor rumble were the first names of 1930s art, from Alexander Rodchenko and Vladimir Tatlin to Alexander Deineki and Alexander Labas. Works by these renowned artists of the avant-garde many others will be presented in the exhibition along with aviation relics, historical objects, household items, as well as film and music related to aviation.

Aviation is the central theme in the Soviet avant-garde of the beginning of the twentieth century. Overcoming the space, former borders of human and technical capacities, echoed in the forms, ideas, texts and art of the period.