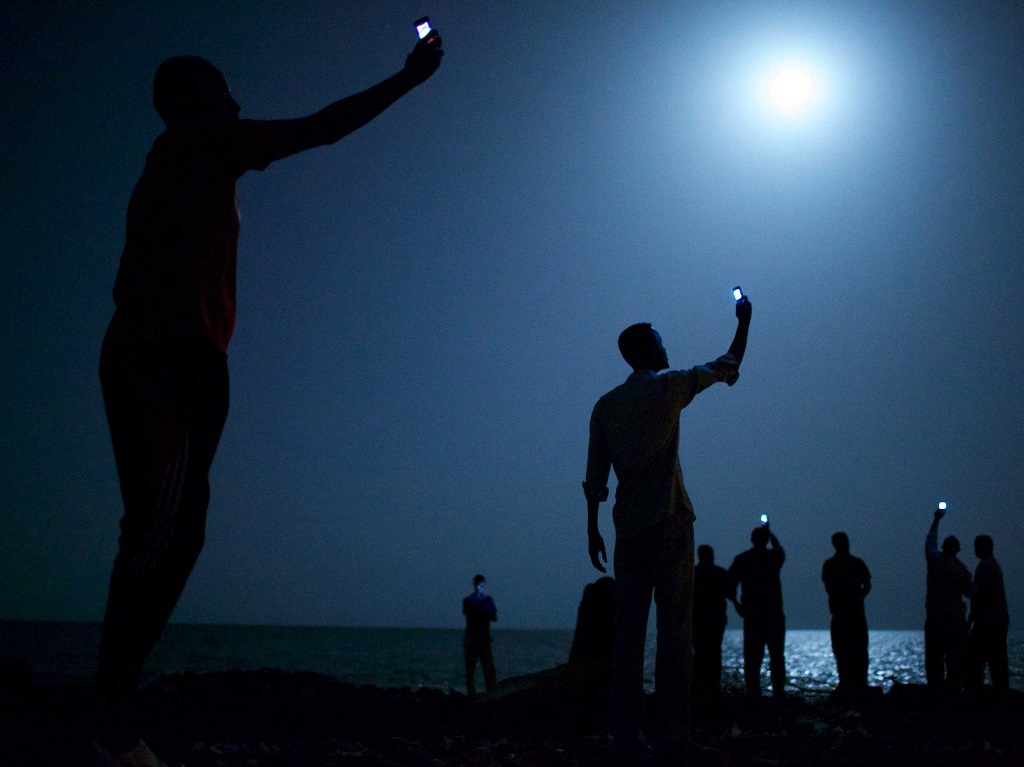 On Thursday, May 15, Center for Design Artplay opens an exhibition World Press Photo 2014. More than 200 pictures made by the winners of the international photojournalism contest are presented in Moscow.
Over 5,000 photographers from 132 countries took part in this year’s World Press Photo contest. Independent international jury evaluated over a hundred thousand photographs.
All the prize-winning photographs are assembled into an exhibition that travels to 45 countries over the course of a year, and published in the yearbook. Over two million people go to a hundred different venues all over the world to see the images.
53 photographers from 25 countries became winners in nine nominations. The First prize – ” Photo of the Year” – went to a photographer John Stenmayer (USA). His picture shows African migrants on the shore of Djibouti city at night, raising their phones in an attempt to capture an inexpensive signal from neighboring Somalia—a tenuous link to relatives abroad.
Exhibition World Press Photo 2014 will last in Moscow until June 12.